(WNS)–Michigan Judge Joyce Draganchuk sentenced Mariah Haughton, 17, to four to 20 years in prison last week after she pleaded guilty to human trafficking and transporting a female for prostitution. 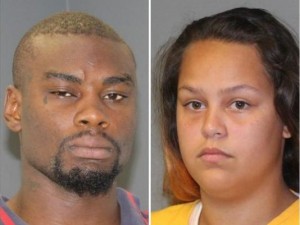 The Lansing State Journal reported the sex trafficking ring operated between March and July 2014 and involved at least three 16- and 17-year-old girls. Haughton actively recruited girls at a juvenile center and on the street. She then took photos of girls, posted them to Backpage.com, and scheduled customers.

Haughton’s trial and subsequent conviction sparked controversy over whether she should have been pitied as a trafficking victim or tried as a perpetrator. Defense attorneys called Haughton “impressionable” and said her male co-defendants deceived her. Prosecutors acknowledged the girl might also be a victim but declined to comment further because a third defendant is still awaiting trial.

But the judge did not see Haughton as a victim.

“The difference is that you took a management role instead of an employee role,” Draganchuk told her.

Susan Norris, a human trafficking advocate who has worked extensively with survivors, believes the issue is one of freedom.

“If she was never trafficked, chose to participate, and had complete freedom to do so or walk away, then she is a trafficker,” she said.

In the hierarchy of a sex-trafficking ring, one victim often sees fewer clients in exchange for managing a pimp’s “herd,” a term traffickers use to refer to the girls they control, Norris said. But the manager remains under the same threat as the other girls. If the pimp controlled Haughton in this way, “she is most likely victim,” Norris said.

One of Haughton’s co-defendants, Christopher T. Bryant, had a well-documented history of controlling his victims with violence. They described multiple instances when he threatened, beat, or strangled them to force them into prostitution. Bryant also controlled his victims with alcohol and drugs. Last year, a federal judge sentenced him to 40 years in prison.

Commentaries filled the Michigan Human Trafficking Task Force Facebook page, lamenting Haughton’s incarceration and noting she needed treatment. “It’s not a leap to assume the same things (physical abuse and threats) were happening to this 17-year-old,” one commenter wrote.

It is unlikely Haughton will receive counseling in prison. Michigan is one of nine states that automatically tries 17-year-olds as adults. Only a small number are girls, but most of them enter the system with histories of violence and sexual victimization. They do not receive counseling or other restorative services, a recent study noted.

Haughton’s case is rare but not unique. Although adults typically lead prostitution operations, enterprising teens sometimes figure out how to get money for sex on their own. A Canadian high school girl was convicted for using Facebook to lure teens as young as 13 to have sex with men for money. Last November, authorities arrested two Florida high schoolers on suspicion of trafficking their classmates.

“A child cannot consent to prostitution,” he says. “We have to look at them as being victims.”