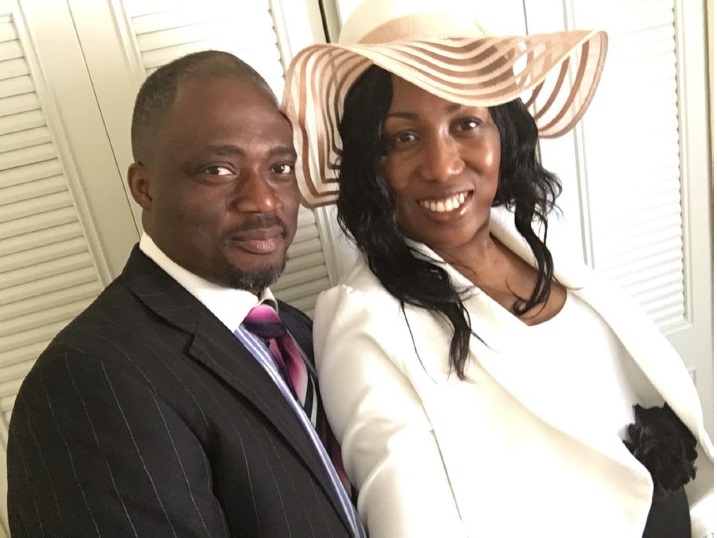 By Sam and Blossom Opidarem

First and foremost, we bless the name of the Lord, God Almighty, for bringing us this far, despite all odds, despite all advances of the adversaries, all stumbling blocks or mountains that have been cast out!

Secondly, we are happy to have celebrated the 13th year of the calling on the Prophet, and the Motivanories Ministries International, we have cause to celebrate, reminiscing exactly what happened on August 1st 2004, as described briefly below.

“The Lord visited The Prophet, Samuel, in a dream; a vision of the night and called out His servant and wrote the Words or name of the Ministry on his heart: (MOTIVANORIES), a derived word, meaning “Read to Know, to get closer to God!” We at Motivanories are encouragers of the Word to be Read, we believe in reading. When you don’t read, you don’t know, but when you read, you know, and with the inspiration of the Almighty, you know deeper!

Today, reflecting back how a single jobless graduate as of August 1st 2003, was given that vision and within 12 months, he was doubled (Zech.9:11-12). He made a vow unto the Lord pertaining to his job on the altar of the Redeemed Christian Church of God (R.C.C.G) campground Lagos, Nigeria (that if God gives him a poverty-consuming job, that he was going to pay the whole of his first month salary to him). 3 months prior to this and getting his job, he had dreamt of his wife; her specific complexion, physique, and even her citizenry was shown to

him in the dream.

After 9 months, he got the corporate job and on the first year anniversary of his ministry, August 1st 2004, he remembered to pay his “vow” at the R.C.C.G. Church. The same day, during the church service and after paying his vow, the Lord reminded him of an invitation he had to another church’s program, which was given to him in a flyer. So, he took a ride down to the church which was located at Ihama street, Benin city, Edo State, Nigeria.

Upon entering the church, the Lord spoke to him “in a still small voice”, saying, “Son!, look to observe who amongst these ladies raises her head as you enter the church.” While going in through the side door of the building so as not to cause distraction he observed, a lady raised up her head and looked back down to continue writing the sermon being preached by the pastor. This was confirmed as the Lord had described. The Prophet didn’t get to see her face but saw only as she briefly raised her head. So, in total amazement, he went and sat on the back seat of the church wondering what kind of message this was.

As was usual with his ministry work he had needed some materials (tracts, devotionals to hand out during evangelism) and ordered some from this church. On each occasion he sent for materials from the pastor’s office to be delivered to his own workplace they were delivered by the same said lady he had observed when he first visited the church. Eventually the Lord confirmed, whom she was to him; he had met, as he calls her, “my sister of a different Mother, but same Spiritual Father!!!”

Succinctly, having met “my sister and my wife” weeks later, he started to share the dreams and visions the Lord had given him when he was a child at about the age of 8. When the Lord first appeared to him in a dream, giving him a futuristic view of events that were going to take place in his life, and afterwards the Lord appeared to him again around age 30, and gave him the prophetic ministry of which has been given more meaning as the Lord made it known unto him, which is to go out to the world, preach the gospel and bring uncountable souls to the knowledge of the Kingdom of God. As he states “for each time I try to get too comfortable with the ephemeral things of this life, the Lord would remove the excess of it, so I can remember to do His will and work which he has sent me to do!”

Nothing can express our gratitude to the Lord for all he has done like these words that King David once spoke;

16 And David the king came and sat before the Lord, and said, Who am I, O Lord God, and what is mine house, that thou hast brought me hitherto? 17 And yet this was a small thing in thine eyes, O God; for thou hast also spoken of

thy servant’s house for a great while to come, and hast regarded me according to the estate of a man of high degree , O Lord God. 18 What can David speak more to thee for the honour of thy servant? for thou knowest thy servant.

19 O Lord, for thy servant’s sake, and according to thine own heart, hast thou done all this greatness, in making known all these great things. 20 O Lord, there is none like thee, neither is there any God beside thee, according

to all that we have heard with our ears. 21 And what one nation in the earth is like thy people Israel, whom God went to redeem to be his own people, to make thee a name of greatness and terribleness, by driving out nations from before thy people whom thou hast redeemed out of Egypt? 22 For thy people Israel didst thou make thine own people for ever; and thou, Lord, becamest their God. 23 Therefore now, Lord, let the thing that thou hast spoken concerning thy servant and concerning his house be established for ever, and do as thou hast said. 24 Let it even be established, that thy name may be magnified for ever, saying, The Lord of hosts is the God of Israel, even a God to Israel: and let the house of David thy servant be established before thee.” King James Version (KJV)