(WNS)–As the new school year began Aug. 15 for students in Palatine, Ill., attorneys gathered in a Chicago federal courtroom to argue whether a male student will be allowed to use the restrooms and locker rooms designated for his female classmates in Township High School District 211. The lawsuit, Students and Parents for Privacy v. U.S. Department of Education, is one of several cases across the country calling on the courts, not medical experts or scientists, to define the meaning of male and female.

Magistrate Judge Jeffrey Gilbert heard arguments from attorneys representing 51 families who filed a lawsuit in May demanding an end to the district policy that allows a boy who presents himself as a girl to use the girls’ changing facilities. The school district established the policy last year after the U.S. Department of Education Office of Civil Rights (OCR) declared the district in violation of Title IX’s prohibition against discrimination based on sex. 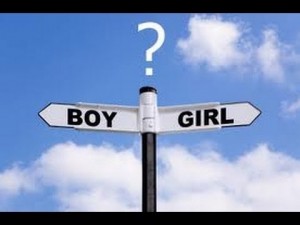 But Palatine families—including students forced to share the locker room with the male student—pushed back, suing the district and the departments of Education and Justice, as well as their directors.

“The embarrassment, humiliation, anxiety, fear, apprehension, stress, degradation, and loss of dignity these girls experience because of defendants’ policies and actions are heightened because as adolescents they are at a time in their lives when they are the most shy, embarrassed, and aware of their bodies and the differences between their bodies and the bodies of their male classmates,” the lawsuit stated.

The policy “subverts objective reality and ignores that everyone is male or female,” Jocelyn Floyd, an attorney for the Thomas More Society, told me.

Thomas More is providing local legal counsel for the lawsuit while Alliance Defending Freedom (ADF) serves as lead counsel. Both firms requested an expedited ruling to halt the policy already being applied. The U.S. Supreme Court granted a temporary injunction last week in a similar case out of Virginia.

But the judge’s use of ideologically tainted language borrowed from the defense during arguments troubled Floyd. Gilbert excused his use of the pronoun “she” when speaking about the biologically male student at the center of the case, out of deference to the student’s request. But Floyd winced at Gilbert’s use of the term “cisgender”—a word created by advocates to categorize people who are not transgender. The word is often used as a pejorative by LGBT advocates.

“That’s a little bit disturbing but not predictive of the ruling,” Floyd said.

The meaning of words sits at the heart of this case and other legal challenges to the Department of Education’s Title IX interpretation. No official medical diagnoses, including gender dysphoria, are required for a district to accept and accommodate a student’s professed gender identity. With no standard definition, the term transgender becomes a “squishy” notion, Floyd said, and can include students whose gender identity is fluid or nonconforming: “That’s part of the problem. Schools are scrambling to determine what standards they can set.”

Plaintiff’s attorneys argued District 211 had little choice in establishing the current rule. The district offered alternative plans but only full access to the female facilities would appease Student A, his ACLU attorneys, and the OCR. If the district remained non-compliant, the Department of Education threatened to withhold $6 million in federal funding.

In December, without public debate or notification, the district acquiesced and allowed Student A access to the girls’ facilities. The policy applies only to Student A. District administrators said other cases would be decided individually. But the precedent has been set, Floyd said. The district would never be able to go back to the previous, unwritten practice of allowing transgender students to use the restroom, but not the locker room, of their choosing.

On Monday, defense attorneys said the district’s “separate but equal” policy of sex-segregated private accommodations echoed the indefensible argument for maintaining racial segregation prior to the Civil Rights Movement. But Floyd said Title IX regulations and 40-plus years of case law allow for “separate but equal” application when it comes to private changing facilities, sleeping accommodations, and athletic participation. Interpretation of the regulation has always recognized the distinction between male and female and the inherent need for privacy between the two sexes.

A just application of the law would require Student A to use the boys’ room, Floyd said. But she recognized that would not be a compassionate application for a student struggling with his identity. The district offered a solution that would accommodate the privacy concerns of all involved. The ACLU and OCR rejected it, demanding recognition of their client as female.

“They are arguing for special treatment,” Floyd said.