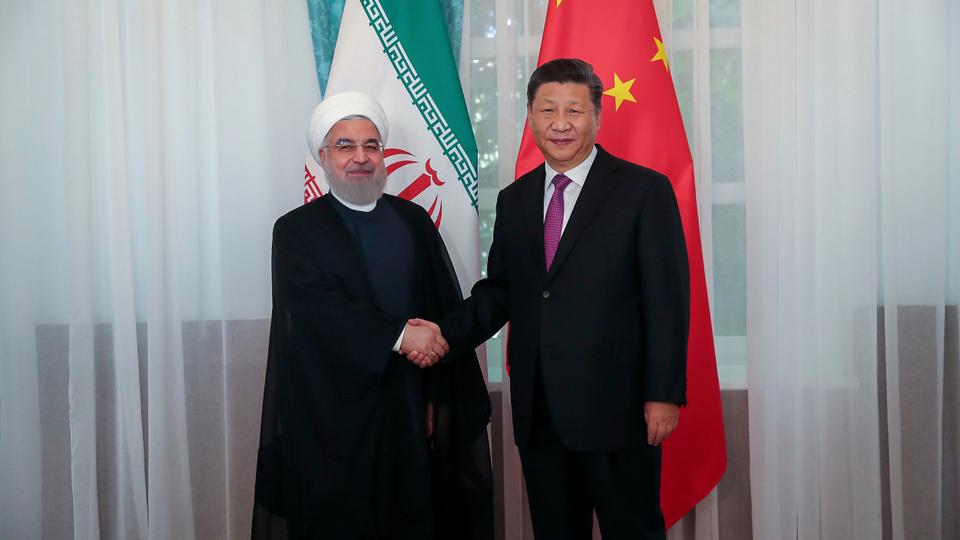 And Balak’s anger was kindled against Balaam, and he smote his hands together: and Balak said unto Balaam, I called thee to curse mine enemies, and, behold, thou hast altogether blessed them these three times. Numbers 24:10

An 18-page document written up by the Iranian Ministry of Foreign Affairs entitled the ‘Iran-China 25-year Comprehensive Partnership Document’ was leaked to IranWire last week. In the agreement, China has agreed to invest $400-600 billion in Iranian infrastructure in exchange for dominion over Iran’s natural resources for a 25 year period.

The document highlights the shared interests of both countries which include the supply of crude oil, renewable energy, civilian nuclear energy and petrochemical products. From an infrastructure perspective the deal involves the construction of railways, highways, maritime connections, and banking cooperation with regards to local currencies.

According to the deal, China will “rescue” the Islamic Republic from the economic crisis it is now embroiled in by investing in seaports, trains, smart cities and other vital infrastructure. One of the main benefits that China will enjoy is Iranian oil throughout the 25-year agreement period.

The deal, according to various sources, also features an appendix of military cooperation whose nature is unclear. However it does seem to focus on ” a joint commission for military industries, investment, joint design, development and production of armaments and an exchange of experience in asymmetric warfare.”

The agreement offers Iran unprecedented support from a world power and could, according to Washington’s concerns, dramatically lighten the impact of US sanctions on Iran.

This agreement is being touted as highly beneficial for China as it offers a great economic deal for Bei Jing and a significant foothold in an area featuring geopolitical advantages. Certainly, the hostility and defiance of the US also plays a role.

The agreement has yet to be put to a vote in the Iranian parliament. Many opponents of the regime are concerned that the ayatollahs will sell out Iran’s future for a “bowl of Chinese rice noodles.”