China Levels New Ultimatum To Christians: Give Up Your Faith, Or Else

(China) – It is officially illegal to be a person of faith in China’s communist party. That’s according to a new statement released by the country’s State Administration for Religious Affairs.

“Party members should not have religious beliefs, which is a red line for all members”, wrote Wang Zuoan, director of the religious affairs administration. Instead, Marxism and the party’s politics are to be each member’s belief system.

“Party members should be firm Marxist atheists, obey Party rules and stick to the Party’s faith … they are not allowed to seek value and belief in religion,” Zuoan said.

Communist leaders say the party’s recent crackdown on faith is due to its powerful influence. They believe religion is dangerous to the unity of the Communist party.

“Some people who claim to be scholars support religious beliefs in the Party, which has undermined the Party’s values based on dialectical materialism,” said Zhu Weiqun, chairman of the ethnic and religious committee of the Chinese People’s Political Consultative Conference. 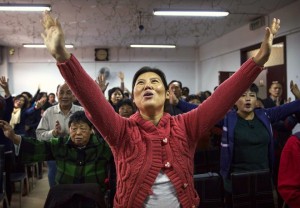 The Times of India reports that some party leaders believe faith is a threat to national security. “Some foreign forces have used religion to infiltrate China, and extremism and illegal religious activities are spreading in some places, which have threatened national security and social stability,” Wang said.

He also warns that Believers may be removed from other positions in society if this continues. Fulton believes now is a ripe time to pray for China.

“We need to pray that the Lord will move the hearts of China’s leaders to recognize that the Christians in their midst are not a threat to the country, but are in fact people who will make a great contribution to the future of the nation,” he said.

Fulton also asks Believers around the world to pray so that China’s Christians will know how to react to the pressures of the government.