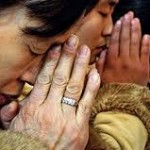 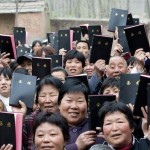 (WNS)–Jesus is trending in China. Foreign Policy released a fascinating infographic, based on a compilation of  information from Weibo, China’s huge social media platform that functions like Twitter. The graphic suggests that Christian terms are far more popular than their Communist counterparts. The information showed vastly more mentions of God than Chairman Mao, and more of Jesus than President Xi Jinping, who is headlined in state newspapers nearly every day. The regulated Bible, with 17 million hits, shot past the famous and widely-distributed Little Red Book, also known as Quotations from Chairman Mao, which registered so few hits that the data couldn’t be displayed. “Christian congregation” garnered 41.8 million hits, while “the Communist Party” registered just 5.3 million.

Social media searches are not terribly scientific, and it’s hard to pinpoint what is causing the huge disparity in the numbers. Foreign Policy pointed to the estimated 100,000 censors that work for China as a probable cause. Censors often delete “politically sensitive” posts, and those containing the names of China’s top leader, probably to avoid criticism.

But censorship cuts both ways. Foreign Policy reported that a search for the term “underground church” produced a blank page with a notice reading “results cannot be displayed do to relevant laws and regulations.”

With the astronomical growth of Christianity in China—the current estimate has the Christian church topping 60 million—it seems more than possible that people are just more interested in Christ than communism.