Oh, the idiocy that has become our political system these days.  Ideologies arguing with one another about this, that, and the other thing, all the while getting nothing accomplished. It’s nauseating!  Worse yet, those on the same “team” are debating each other and slandering one another and slinging mud left and right at each other, and these are the ones who supposedly hold true to the same ideals!  Give me a break.  It’s no wonder that blogs about Christians getting involved in politics are filled with differing views on the subject.

We all think that the balm for the gaping moral wounds that our country is dealing with is for a multitude of Christians to hold positions in local, state, and federal governments and make the proper moral legislations that will get the entire country back on the moral straight and narrow and once again bring God’s blessing upon this country.  That sentiment is touted from pulpits everywhere when preachers quote 2nd Chronicles 7:14,“If my people, which are called by my name, shall humble themselves, and pray, and seek my face, and turn from their wicked ways; then will I hear them from Heaven, and will forgive their sin, and will heal their land.”

But that is so NOT the case. Sure, we, as Christians, want our country to turn from the wickedness of so many legislated sins like abortion, gay marriage, the slow and deliberate abolition of God from our everyday life, the legal sale and consumption of alcohol and in some cases drugs like marijuana, and the abuse and misuse of social programs and entitlements. None of those things are good and pleasing to God. So we have come to convince ourselves that the way to get the country to turn from these wicked sins is to get the “right” people into government and legislate these atrocities away. Guess what!!! That won’t do it!!! 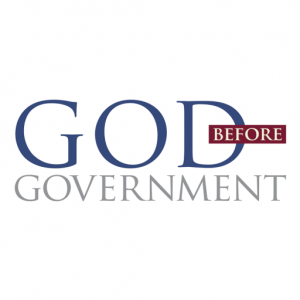 We’ve all heard the saying, “You can’t legislate morality.”  But that’s what we pine for when we believe we need to get godly men and women into office. Do you really think that reversing Roe v. Wade will end abortion? Of course it won’t. It will make abortion illegal, but that won’t end abortion. You wait and see the travesty that will happen when abortion moves to the “back alleys” of local towns and cities. Less than qualified people will be performing abortions under less than ideal conditions and this will lead to many more dangerous things for women to concern themselves with. Did prohibition end the production and the consumption of alcohol, or did that give rise to bootleggers who made alcohol under unregulated conditions, for the sole purpose of making money, without any shred of concern for the general public?  How about things that are illegal today, like cocaine, heroin, and methamphetamines? Is no one in society using these illegal drugs?  Of course not…these drugs are an epidemic in our country. So legislating something that has a moral component to it will NOT solve the problem.

So let’s get away from encouraging one another to run for political office. Not long ago, I too, would have said we needed godly men and women in office to “fix” this country.  But I had a conversation a few weeks back with a buddy of mine that is about half my age. He and I had a conversation about attending rallies in defense of a biblical definition of marriage, or against abortion, or any other moral issue facing this country. He told me rallies were opportunities to waste our energies. The more I thought about what he said, the more I realized he was right and I was wrong. I hate admitting that because I had hoped that my age and experience counted for something over him, but, alas, in the end I can admit he was right.

His view is that we should expend our energies on making disciples. Essentially he would base his argument on Matthew 28:19, “Go ye therefore, and teach all nations, baptizing them in the name of the Father, and of the Son, and of the Holy Ghost: Teaching them to observe all things whatsoever I have commanded you: and lo, I am with you always, even unto the end of the world.” He said we should focus our energies on evangelism rather than current social and political issues. I remember bristling and thinking to myself that he had just graduated Bible College and he was called into the ministry…of course evangelism was going to be his focus! So I feebly argued my point the rest of the time we were together, but I took his thoughts and words home with me. Now I’ll share with you why he’s right and I was wrong.

Do you remember the verse in the Bible that says, “For what shall it profit a man, if he shall gain the whole world, and lose his own soul” (Mark 8:36)? Think about it this way. What does it matter in the end if I make a “convert” with regards to someone’s view on abortion? What does it matter to them in the end if I play on their EMOTIONS and get them to come to a rational and logical viewpoint that abortion is wrong? Regardless of whatever level they use to agree with me that abortion is wrong…so what? In the end, someone may be a great advocate for the anti-abortion crowd, but they’ll die and go to Hell. So, on that point, I can agree with my friend that it’s less important to get someone “on our side” politically than it is to get someone “on our side” spiritually.

Very closely related to the aforementioned viewpoint is the case to be made that by leading someone to Christ and arming them with the indwelling Holy Spirit, we can now teach them the truths about the morals found throughout the Bible, such as the issue of gay marriage and the rampant homosexual agenda that is becoming commonplace and accepted in today’s society. Remember, the things of God remain hidden from those who don’t have the Holy Spirit’s ministry of spiritual discernment. An unregenerate person will not oppose homosexuality on the basis of true biblical morality. They may argue against it based on their own level of distaste, but hardly on the basis of biblical morality. And, if a person detests homosexuality, but over time becomes friends with homosexuals, they may become less and less repulsed by the lifestyle to the point when they no longer oppose the issue of gay marriage, but may actually become a voice FOR gay marriage on behalf of their friends. Now, if a truly saved individual holds an opposition to homosexuality based on the never-changing morals of the Bible, they have a better chance of remaining firm in their opposition regardless of who their friends are.  When the Holy Spirit is involved right is always right and wrong is always wrong.

Another verse that supports my friend’s view more than the view I held is 2nd Timothy 2:3-4, “Thou therefore endure hardness, as a good soldier of Jesus Christ.  No man that warreth entagleth himself with the affairs of this life; that he may please him who hath chosen him to be a soldier.” The Great Commission is not to run for president, attend rallies, pass out political flyers, make phone calls on behalf of candidates, nor is it to picket abortion clinics. If we focus on the political and social arena, we’ll forget about the spiritual arena, of which our warfare exists (Ephesians 6:12). Our enemies are not the gays who want marriage. Our enemies are not the pro-choice advocates. Our enemies are not the people pushing for the legalization of drugs. No!!!

Our enemies are the spiritual forces that bind these people in spiritual darkness. So, I’ll throw this thought out there. In 2nd Chronicles 7:14 where God says that one of the requirements for healing our land is that we pray, let’s consider WHAT to pray for.  Should we pray for ourselves? That’s a good start. We need to pray that we can have a sterling and consistent testimony before the Lord and others. But the real focus of our prayers should be for those who oppose us. Let’s take the pro-choice advocate. I argue that this pro-choice advocate is in bondage and living in spiritual darkness. They are under the dominion of Satan, and he’s blinding them from the morals of the Bible. In Matthew 17, Jesus was met by a man who presented his son to him. This boy did awful things to himself, but the disciples were unable to offer the right kind of help. Jesus commanded the demon to depart from the boy. When the disciples wanted to know why they couldn’t exert any change in the boy themselves, Jesus told them that this kind of problem is not solved except through prayer and fasting (Matthew 17:14-21).

Again, in our own intellectual strength, we will not exert lasting change on a person who is under the spiritual bondage of the devil. Therefore, we must pray for the individual people God lays on our hearts, and not so much for the political leaders of our country.  Of course we should pray for our leaders, but remember, making something like gay marriage illegal will not stop two gay people from living together and partaking in that lifestyle should they so choose. Think of it this way. Abortion is legal today. If God has put a burden on your heart to minister to prostitutes, and you begin working with a prostitute that has had several abortions, if she gets saved, and changes her heart toward prostitution and abortion, you may have saved several future lives in the form of babies that would never be conceived because now the woman is no longer engaging in risky behaviors.

I know it’s so cliché to say this, but that doesn’t make it untrue, that we can change the world one person at a time. Changing legislation will not change hearts. Changed hearts will change activities, beliefs, values, morals, and yes…social and political views in individual people who, in turn, will be able to change individual hearts of the ilk with whom they use to run. A very local revival can grow into a regional revival with unlimited potential beyond that, but it all starts with one changed heart on the grass-roots level. So we can make disciples according to Matthew 28, but we need to pray for those individual people God leads us to, according to 2nd Chronicles 7:14. Then, the promise that God makes to heal our land will come about through God working THROUGH US to bring about that healing little by little as opposed to sweeping political change that we have wrongly come to expect.

NOTE:  There is no way that I could unequivocally say that God is opposed to Christians engaging in the pursuit of political office or taking up a cause such as abortion or the opposition of gay marriage. I am simply saying that in either endeavor, it must be done with prayerfulness and with a heart that is keen to the urgings of the Holy Spirit to go about things in a God-glorifying way. That’s how Joseph, Esther, and Daniel approached their roles in government…but it’s not likely how Donald Trump and others will.