Christians Who Question Kim Davis’ Stance Should Read This

As Rowan County clerk Kim Davis returned to work Monday in Kentucky, debates—even among Christians—continue nationwide, as many stand behind her decision not to issue marriage licenses to same-sex couples, or any couple, while others say if the elected official doesn’t want to perform the duties of her job, she should resign.

For several weeks, the American Pastors Network (APN) has weighed in on the issue. APN President Sam Rohrer has written the piece, “Five Reasons Why Kim Davis Is Justified in Refusing to Grant Same-Sex Marriage Licenses,” to help answer questions and alleviate confusion surrounding the issue. 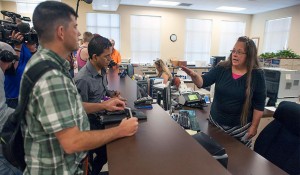 “Opinions on Kim Davis’ course of action are widely varied, even among the faithful,” Rohrer said, “but once we take the law and the Word of God into account, it’s clear that Kim’s stance is in line with both the Bible and her constitutional rights, as she defends her closely held religious convictions in all aspects of her life—including her job.”

On Monday, Davis returned to her post at the Rowan County clerk’s office after serving six days in jail earlier this month, and said she would not interfere with deputy clerks who chose to issue licenses to same-sex couples, but that the licenses would not contain her name and she would not personally issue them, according to Fox News. 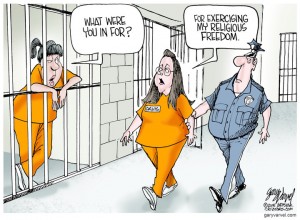 Rohrer, who discussed the case on last Thursday’s edition of the daily APN radio program “Stand in the Gap Today,” says Davis was indeed justified in refusing to grant marriage licenses for five key reasons: