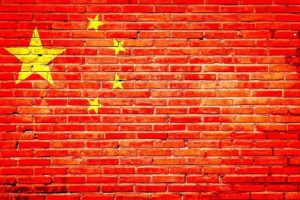 Authorities in China’s Xiamen shut down a Sunday service at Xingguang Church on 3 May, injuring several church members and damaging property during the process.

Witnesses report that police violently dispersed church members, removing those who resisted by force. One church member sustained several significant injuries, including two fractured ribs. Police also confiscated members’ mobile phones and broke a window and door lock as they forced their way into the service venue. Church members chanted ‘illegal’ as the police interrupted the service. Several church members detained by the police were released later the same day.

Those familiar with the case say the church, which is an unregistered ‘house’ church, has come under increasing pressure to join the state-sanctioned Three Self Patriotic Association. Across China, government authorities continue to force unregistered churches and other religious communities to either join the state-sanctioned associations or face permanent closure. Chinese Christians also report that police raided several other unregistered churches in Xiamen on Sunday, sometimes using violence. Meanwhile state-sanctioned churches are facing ever-increasing restrictions on their freedom of religion or belief, including being required to remove crosses and other religious symbols, sing songs in praise of the Communist Party during services, and ensure that under-18s do not participate in church activities.

Leaders who refuse to register their churches can face arrest. Last month authorities arrested Pastor Zhao Huaiguo of Bethel Church in Hunan Province, accusing him of ‘inciting subversion of state power,’ a serious charge which is often used against human rights defenders and other dissidents. Like Xingguang Church, Bethel Church has been subject to increasing pressure and harassment for refusing to register with the state-sanctioned association. The church was banned by the authorities in 2019.

CSW’s Chief Executive Mervyn Thomas said: “The attack on Xingguang Church and others once again indicates the extent to which the Chinese authorities are willing to go to crack down on religion or belief in the country. The police’s violent treatment of church members is unacceptable and typical of China’s heavy handed and repressive response to anyone who espouses a belief which differs from that of the ruling Communist Party. We call on the Chinese authorities to cease all harassment of Xingguang Church, Bethel Church and other peaceful religious communities, ensuring that the right to freedom of religion or belief is upheld for all Chinese citizens. We further urge the international community to hold China to account for human rights violations in the country.”