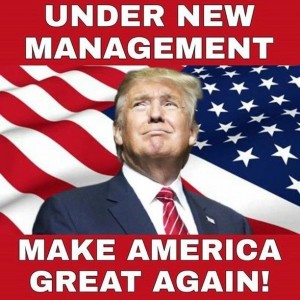 Since her loss in November, reports say that failed presidential nominee Hillary Clinton has been in an emotional meltdown… and her most recent announcement is another embarrassing defeat. Now heads are starting to roll — and insiders are growing increasingly nervous they’ll be the next to face Hillary’s wrath.

The Clintons announced last week that they would follow through with their plan to downsize the Clinton Foundation, and would be closing the Clinton Global Initiative for good. With allies cutting ties and loyalists losing jobs, it’s clear the Clinton Empire is collapsing.

The CGI falls under the Clinton Foundation umbrella, with a purpose to, “convene global leaders to create and implement innovative solutions to the world’s most pressing challenges,” according to the foundation website.

It’s known for a single, annual, swanky event where the elite mingle and discuss how they will save the world. But the party’s over. This week, the foundation announced 22 more Clinton employees will lose their jobs come the “layoff date” of April 15th. This adds to the 74 employees whose layoffs were previously announced in the fall.

The final CGI meeting had trivial attendance in comparison with previous years, with half the number of attendees as 2011, according to Politico. And it’s not just CGI that’s quickly down spiraling.

Since Hillary’s loss in November and her fading political influence, multiple donors have cut back their involvement with the foundation, showing less interest in association with the Clintons than ever before. After 10 years of consistent donations, the Australian government failed to renew its partnership with the foundation, and Norway cut its donation a whopping $15.8 million between 2015 and 2016, per Fox News.

The withdrawal of support for the foundation following Hillary’s defeat in November further supports any “pay-to-play” accusations of the Clinton Foundation. With a lost presidency and a crumbling foundation, the Clinton cartel could finally be on its last breath. Could 2017 be the year the Clinton political machine is finally powered down?