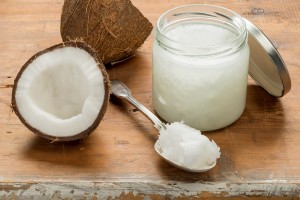 Coconut oil has been used by people for thousands of years both externally and internally. But last year, it got some negative press. However recently, Harvard professor Karin Michels, a professor at the department of epidemiology at Harvard’s T.H. Chan School of Public Health, took her feelings about the little fruit to a whole new level.

“Months after a report from the American Heart Association (AHA) warned against consuming coconut oil,” Michels called the coconut “pure poison” during a lecture at the University of Freiburg in Germany. But she didn’t stop there. She called coconut oil ‘one of the worst foods you can eat,’ going on to say during her lecture that “there is no study that proves significant health benefits of coconut oil and the saturated fatty acids can clog your arteries.”

“According to a translation by Business Insider Deutschland, in her lecture “Coconut Oil and Other Nutritional Errors,” Michels explained the substance poses a greater risk to heart health than lard as it is almost entirely made up of saturated fatty acids. These are believed to block our arteries.”

And she’s not wrong, there’s a lot of saturated fat in coconut oil, almost 82 percent, compared to butter at 60 percent and beef fat at around 40 percent.

(She didn’t stop at coconuts, either. She also took aim at “superfoods” like acai and chia seeds, calling them “ineffective sources of nutrients,” since most of the beneficial nutrients in them could just as easily be found in common foods like carrots, cherries, and apricots. But what if you like chia seeds?)

But back to the poor coconut:

“Dr. Marie-Pierre St-Onge of the Institute of Human Nutrition, at Columbia University, in New York, who was behind the research indicating coconut oil boosts the metabolism and weight loss because it contains an ingredient called medium-chain triglycerides in higher levels than most fats, spoke out last year to set the record straight.

She told the American Heart Association the oil she used in her experiment was 100 percent medium-chain—not the 13 to 14 percent medium-chain oils that are most common. A person would need to eat 150 grams, or 10 tablespoons, of coconut oil a day to reap the benefits, which would be negated by the effects of consuming the substance in excess.”

However, ask Dr. Mark Hyman about coconuts and he will paint an entirely different picture, one that includes balancing hormones to fat burning. And there has been research that the medium-chain triglycerides (MCTs) in coconut oil are metabolized differently from other saturated fatty acids.

The bottom line is this, moderation. Don’t eat tablespoonfuls of coconut oil every day. But don’t be afraid of it either.

Why Coconut Oil Won’t Kill You, But Listening to the American Heart Association Might!

According to U.S. heart experts, coconut oil is as unhealthy as beef fat and butter. Experts say this because it’s packed with saturated fat which they claim raises “bad” cholesterol. however, it’s not that simple.

Most integrative health physicians see *too* much animal fats as unhealthy, but see plant oils like olive, sunflower, or coconut, as healthier (because of how much saturated fat they contain). But saturated fat isn’t something to be feared because it’s something our body needs. However, like everything- including good things- moderation needs to be practiced. If all you did was eat a diet high in saturated fat, you’d be in trouble (82% of the fat in coconut oil is saturated, butter has 63%, beef fat has 50% and pork lard has 39%).

However, according to Dr. Greger, while it’s no secret that coconut oil has a huge amount of saturated fat there’s a difference from the “sat fat” found in animal products, “…unlike saturated animal fats, coconut oil doesn’t cause that spike in inflammation immediately after consumption of animal foods.”  (We understand other doctors are down with larger amounts of animal protein and know there are many conflicting views)

And so, keeping moderation in mind, Public Health England advises that:

Experts stressed that fat is still an essential part of a healthy, balanced diet: fat is a source of essential fatty acids and helps the body absorb vitamins, such as A, D, and E.  It’s also important not to cut fat totally out of the diet and replace it with sugar, white flour, and empty calories (something we do when our food lacks fat).

“Victoria Taylor from the British Heart Foundation said: “To eat well for your heart health it is not just about reducing fat but reducing specific types of fat and taking care over what these are replaced with – unsaturated fats and whole grains, rather than sugars and refined carbohydrates.

It seems that perhaps, since the experts are merely calling for moderation, that the AMA wanted to scare people aware from this superfood in favor of oils that are mass produced by Big Ag. Or maybe they were really concerned about public health and wanted to see people come off cholesterol drugs prescribed by Big Pharma.