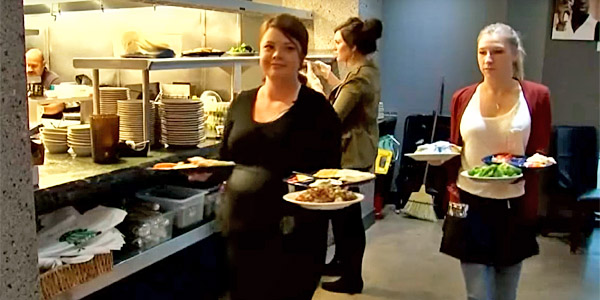 A waitress in Arizona – who is nine months pregnant and is expecting some big medical bills – was touched to the point of tears when she received a massive 1,468 percent tip from two unidentified customers.

On the receipt, one of the two customers, a woman who is also pregnant, wrote: “This is God’s money – He gave it to us so we could give it to you. God bless.”

Clark told “Inside Edition,” “I couldn’t believe what I was looking at at first because it’s such a high amount. Nine-hundred dollars is a lot of money. It took a while for it to set in. Once it did, I cried for a little while.” 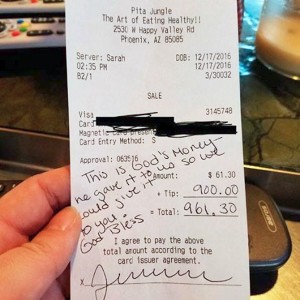 The waitress told Phoenix’s KPHO-TV 5, “You always hear about [these] things happening, but you never expect to be the recipient of it. It’s a huge, huge help for me and my family.”

Clark is expecting to have her baby girl Jan. 8. She says her fiancé, who also works in the restaurant industry and doesn’t receive paid time off, is injured and not working. He is scheduled to undergo surgery soon.