Do You Love Me, Dad? 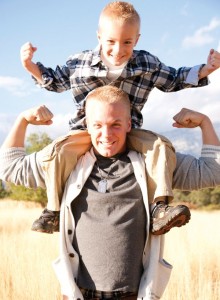 We love, because He first loved us

Little Sammy’s eyes look up from his bowl of Cheerios as his dad, his hero, shuffles into the kitchen with a nod and a sudden burst of speed towards the coffee maker. If the kitchen floor were carpeted, Sammy assumes in his mind that it’d have a path worn out in it by now. His father loves routine. Sammy loves his father. In fact, to be fair to both of them, this is their routine.

Sammy watches the powerful forearms of his father, the dancing sinews underneath the tattoos he got overseas during the war they never talk about. “I’m gonna get one of those when I get big,” Sammy decides. For such a large man, his dad handles his morning coffee like that Mr. Miyagi guy from the Karate Kid movie handles the tender shoots of his bonsai trees, caressing it tenderly as if it were a tiny pot of gold. His routine is a bit funny to his son, but the boy isn’t yet capable of being plagued by over-analyzing, so he simply accepts it. Sammy shrugs and plows another heap of cereal into his mouth. The slurping sound coming from the kitchen table causes his father to emit something between a short giggle and a grunt.

The expression of love comes in all shapes and sizes. To each their own.

Saturdays are big days in Sammy’s house, and today is – you guessed it – Saturday. Sammy had checked the weather app on his computer before bedtime last night to ensure good weather. No rain means “manly time” with dad. The forecast was for clear skies. So far so good based on the wisp of light dancing on the kitchen tiles.

History has taught Sammy to wait on his father’s first move, lest Sammy rambunctiously cross the imaginary “pre-coffee” line and start this precious time off on the wrong foot. “What is the deal with coffee, anyways,” he wonders. Whatever the answer to that perplexing question is, it doesn’t matter – he has learned the boundary conditions and that is good enough for a six year old boy. 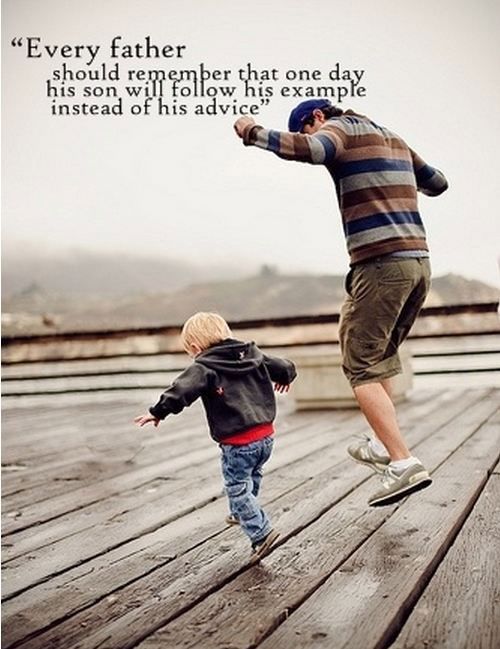 Love cannot always be understood. Its expression is as varied and unique as there are people in this world.

His father sits down across from him and his bowl of cereal, glimpsing briefly at the drop of milk hanging from his son’s chin. The corner of his lip curls up and Sammy’s insides go squishy. God, he loves his father. He doesn’t know what the word ‘intoxication’ means yet – that’ll be how he describes his boyhood relationship with his father when he has children of his own – but if he did, he’d certainly prefer this form of it over any other. His greatest hope in life is that this love never leaves him. The thought of life without it is devastating.

When love is missing, there exists a vacuum in the soul.

For Sammy, in moments like this one, nothing else exists in the world. It is him and his dad, his love and his father’s. To him, he can hardly imagine anything more wonderful than this. What he really wants to do is skirt around the big oak table between them, peeling out in his socks like one of those drifter hot rods he’d seen on TV once, jump up on his daddy’s lap, and nuzzle himself against his father’s masculinity, breathing in his indescribable scent. But he is a “big boy” now, at least on Saturday mornings, so he remains fixed, mind and body, on showing his dad that he can hang with him, no matter the list of things that need to be done today. His father observes all of this from the opposite side of the table, thanking God for moments like this one.

Children are willing to cover vast distances to feel a father’s love. They are pliable, open, and ever available to it.

Sammy’s father suffers a stroke of sadness as he realizes his son won’t be this age forever. He is missing him before it is even warranted, so he catches himself, and retracts his runaway emotions. His son notices that his father has been caught up in his thoughts, so his own countenance reveals a wrinkle of sadness, but of the immature sort.

His father speaks up to break the silence and alleviate his son’s increasing anxiety, “So, you ready to put on some work gloves and get a little done around here today? We’ve got a lot of work, my son. You man enough to help out your dad?…lemme see those muscles.” Sammy puffs out his chest and curls the bicep on his “strong arm”, turning a light shade of pinkish-purple as he holds the pose as tightly as possible for his dad. “Whoa!…you been workin’ out with my old dumbbells in the basement when no one’s looking’?” Sammy lets out a gasp of air and smiles, spent from exerting everything he had to impress the man he loves most in this world. 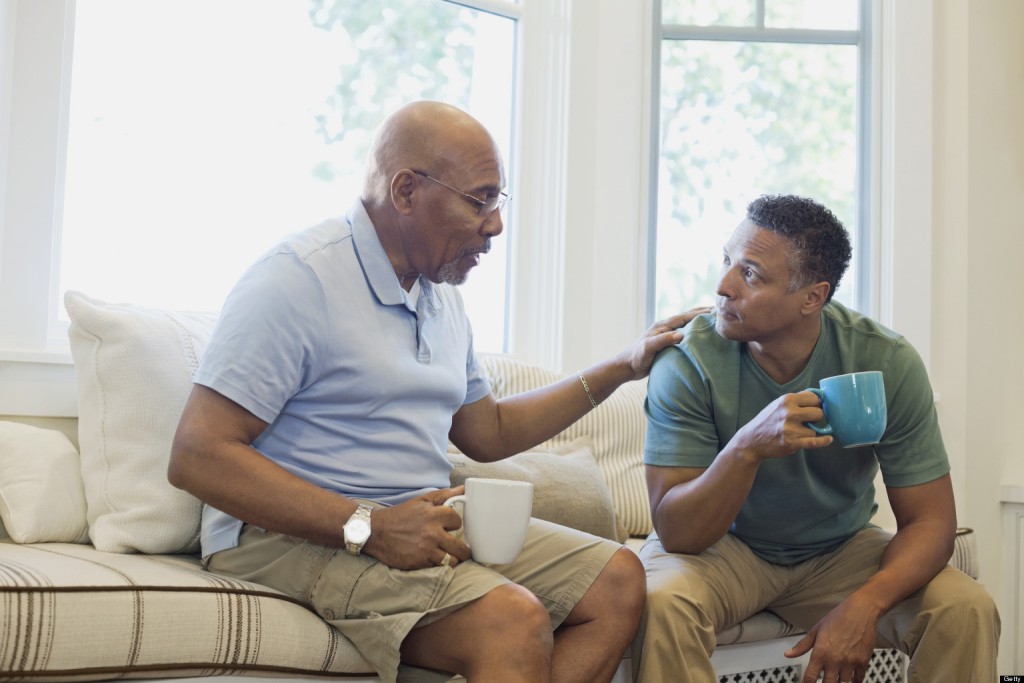 Love never fails… But now faith, hope, love, abide these three; but the greatest of these is love

To Sammy’s excitement, his father slaps his thighs with both palms, gets up, spins around from his chair, and walks intently, almost professionally, over to the Mr. Coffee machine. He pours the rest of the coffee from the carafe into his favorite thermos, tops it off with what is left in his mug, seals the cap, and looks over his shoulder to catch his son’s eyes, which look as if they belong to a barely-self-restrained puppy waiting for its morning snack. Sammy, and his love, is bursting at the seams…his great hope being realized.

Hope is a beautiful thing, enrapturing all in possession of it, granting purpose to those with faith in it.

Fathers are afforded a lot of space in the hearts of their children, sometimes too much, if we are to be brutally honest. Little boys and girls are completely vulnerable. All they really desire is to be loved, and to love in return. They were made this way, from a pattern formed in eternity past, by our Father who is in Heaven – “We love, because He first loved us” (1 John 4:19). Fathers need to love their children because children need to know what it means to be loved. If the relationship is cold, much is lost.

Sammy brushes up against his dad’s massive thigh as they step off the bottom step of the front porch together. His dad looks down at his son’s tousled hair and wonders earnestly how he might best express his love to him. He wants nothing more than to give this precious child faith, hope, and love. He knows it’s too big to try to express to a little boy, too magnanimous for a budding heart, so he does the best he can – he gives his son a little squeeze, and it says more than enough. He is present. He is loving.

For now, they’re both content to walk in silence, out towards the pig pens and the stables. Who cares what the details of life bring – go ahead and sling your best at us, even the dung – father and son teams are impossible to conquer. Just ask Jesus and His Dad.

If you would like to learn more about the “Simplicity and purity of devotion to Christ” taught by Pastor Ed Collins at the North Christian Church located in North Dighton, MA, please visit www.nccdighton.org.