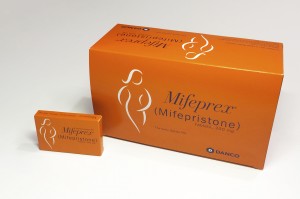 Loosening the rules on RU-486 could endanger women

(WNS)–A group of doctors and abortion advocates are calling for easier access to abortion pills through pharmacies.

The Food and Drug Administration (FDA) requires the abortion-inducing drug mifepristone, also known as RU-486, to be dispensed at an abortion facility, hospital, or doctor’s office, not a pharmacy. But the 10 authors of an article that appeared Wednesday in the New England Journal of Medicine are calling for the FDA to allow women to obtain the drug with a prescription at a pharmacy and take it at home without a doctor’s supervision.

One of the authors, Beverly Winikoff of New York-based Gynuity Health Projects, said that the current regulations aren’t necessary.

“The restrictions on mifepristone are a shameful example of overregulation run amok,” Winikoff said. “Women and their health providers shouldn’t have to jump through hoops to get a medication that’s been safely and effectively used in this country for a decade and a half.”

Last year, the FDA extended the timeframe for a prescription for mifepristone from 7 weeks of gestation to 10 weeks. The use of abortion-inducing drugs soared and in some states outpaced surgical abortions.

“They’re trying to make it simple to sell these drugs that are designed to cause extreme hemorrhaging,” Kristi Hamrick, spokeswoman for Americans United for Life, told me. “They are acting as though it is insignificant that you go home and have this horrific thing happen to you.”

Women who undergo abortions at home face heavy bleeding that sometimes results in complications. Since 2000, when the FDA approved mifepristone, 19 women have died as a result of using it. A 2011 FDA report stated hundreds of women were hospitalized with infections and hundreds more needed transfusions.

The risks for chemical abortions, Hamrick said, are even higher than surgical abortions: “If, for example, a woman is heavily hemorrhaging and loses consciousness, who is going to ensure that 911 is called?”

Another of the article’s authors, Paul Blumenthal of the Stanford University School of Medicine, said the at-home procedure is “not unsupervised.”

“There’s a responsible physician who is overseeing this prescription,” Blumenthal said. “Even with telemedicine, patients are given a list of places to go if something is awry.”

The authors of the article suggest that if the FDA complies, more doctors will be willing to prescribe a drug they don’t have to have on hand themselves, and more women in rural areas far from abortion clinics will be able to get the drug.

But National Right to Life’s director of education and research, Randall O’Bannon, told me he suspected that after an initial surge in chemical abortions, women would eventually shy away from the drugs.

“As women discover the bloody, painful reality of these abortions, though, enthusiasm will wane,” O’Bannon said, adding that the potential complications of mifepristone, including hemorrhaging and uterine rupture, only add to the pro-abortion establishment’s betrayal of women.