(WNS)–Administrators at a Maine school district have dropped their bid to force a special education teacher to remain silent about her faith while on campus. In a new “coaching memorandum” sent to Toni Richardson last week, officials with the Augusta School Department acknowledged employees’ First Amendment right to privately discuss their religious beliefs with co-workers.

Employees can say things like “God bless you,” or “I am praying for you,” as long as students aren’t around.

“I love my job helping special needs students succeed, and I am glad that I don’t have to sacrifice my First Amendment rights in order to be here,” Richardson said in a statement issued by her attorneys at First Liberty Institute. “I hope my colleagues, and school employees across the country, will remember that the First Amendment still protects our private conversations at work.” 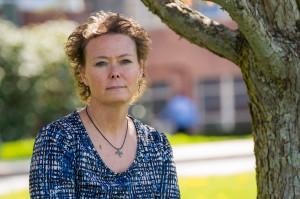 In September 2016, an administrator asked Richardson if she had made any “faith-based statements” while at school, including telling co-workers she was a Christian, offering to pray for them, or even saying something vague like, “That’s a blessing.” Several days earlier, Richardson offered to pray for a co-worker during a private conversation after students left the classroom. The co-worker, who attended the same church as Richardson, thanked her for her support.

Despite the seemingly positive nature of the interaction, the school administrator told Richardson her statements violated the First Amendment and could get her fired if repeated. Fearing for her job, Richardson filed a complaint with the Equal Employment Opportunity Commission. The school district’s actions violated Title VII of the Civil Rights Act, which forbids discrimination on the basis of religion, the suit argued.

Timothy Woodcock, an attorney with the Maine law firm Eaton Peabody who represented Richardson, noted the importance of defending every American’s religious liberty: “Toni’s case should be a reminder to employers everywhere that you cannot discriminate against employees who privately discuss their faith at work.”