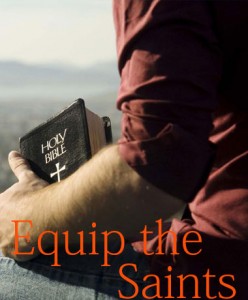 I have always wanted to know how cars worked. If you are anything like me you are at a loss when something goes wrong and the vehicle doesn’t operate the way it was designed. Although I have had a great deal of experience DRIVING cars I have absolutely no training on how to FIX a car when it stops running. That is why we have auto mechanics. They help us out when our ability to drive is useless because the car is not functioning the way it was designed. So, I decided to do something about it. I signed up for a class on how to repair cars.

It wasn’t cheap. In fact the mechanic who was training me told me that in order to take the class I would be required to pay him 10% of my gross income. He told me that this giving was required because he had a lot of overhead and that it was necessary to keep his shop open. Plus, he told me that he was worthy of his wages because he had invested a lot of time and energy in learning about cars. He could always earn a living repairing cars, he told me, but that he thought he could be more effective if he trained others how to do it.

This way, he assured me, more and more people would live better lives because of their ability to take care of the cars they owned. An ounce of prevention is worth a pound of cure, he told me. If we simply learned how to better maintain our cars we would find that most of our car-issues would go away.

So I signed up for the class, promised to show up every Sunday at 10:00 am, paid my 10%, and took my seat on the third row of the auditorium. The class started out really well. I had no idea how little I knew about automobiles and the history behind the companies that made them. The first week we learned about Henry Ford and how he started the whole automobile thing. We learned about the assembly line and how this was one of the keys to the industrial revolution. I quickly realized that there was so much about cars that I had never learned.

The 2nd week I showed up at Sunday with my 10% in hand and took my usual seat on the third row. The mechanic had improved his presentation and unveiled a new power-point system that made it easier for us to follow along. He gave us a manual to use but told us that we needed to read that at home in our spare time, but if we really wanted to learn how to fix cars we needed to faithfully come to class and let him explain it to us.

The class was exciting. Each week I attended, with my 10% in hand, the senior mechanic used his power-points to give us more information on cars. We learned about Chevys, Volkswagens, Buicks, Chryslers, and many other makes and models of automobiles. He gave us the history on each company, and exactly what differentiated the models from one another. It was fascinating as I learned about all of the different types of automobiles.

I was really becoming an expert on cars and he was the best teachers ever at explaining cars.

But something happened on the way to my 12th Sunday session. The car I was driving, a 2005 PT Cruiser sputtered and died on the way to the class. I struggled to steer the car onto the shoulder on the passenger side of the highway. I was dressed in my Sunday best with my 10% check hanging out of my shirt pocket and wasn’t exactly sure what to do next.
So I hopped out of the car, popped the hood and gazed into the pit where the engine was steaming. I don’t know if I had ever felt so helpless in my life. After 11 weeks of instruction ABOUT cars from an expert mechanic I came to the startling revelation that I still knew nothing about what makes an engine run. I was still not equipped to fix the car when it began to malfunction.
I had no other choice but to use my 10% check on a tow truck. The driver towed my PT to a garage where some greasy-handed mechanic quickly identified and repaired my mechanical issue. Needless to say, the delay caused me to miss the 12th class on cars.

I never went back to the class. So much of what I had learned about cars was informative…but useless because it had no practical application when the engine stopped. Although the class equipped me with a diverse knowledge about the history of automobiles I still did not have the ability to repair my own car, and even worse, had no ability to explain to my children the intricacies of auto mechanics. 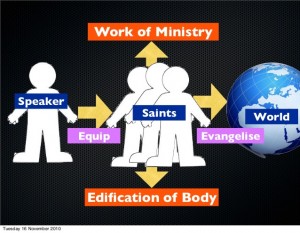 Last week I changed the oil in my car for the first time. Never before in my 63 years had anyone ever shown me how to do it. But I grabbed the manual that the senior mechanic had given me that day and I turned to the part where the author explains how to change engine oil.
I took the book with me and I went out into my driveway and followed the directions in the Book. Yesterday I took my wife out in the garage and showed her how to do it. It is so easy. I can’t wait to show all of my kids and grandkids.

I don’t have a degree in auto mechanics but I found out that if you simply pick up the manual and follow the directions it is easy to do. The Book also shows how to change all of the other fluids…and so much more.

Learning all about Henry Ford was interesting and all…but all I ever really wanted to do was learn to change my oil. As far as the senior mechanic is concerned, to be honest, I don’t know if he really knows how to fix a car either. Every time I see him he is talking about cars but I don’t recall ever having seen him with his head under the hood.

If you’d like to learn more about Coach Dave and Pass the Salt Ministries please visit his website here.