(WNS)–The Court of Justice of the European Union held a hearing on Nov. 21 in a case that could result in the EU redefining marriage for all 28 member states.

The case, submitted by the Constitutional Court of Romania, involves a same-sex couple, Romanian citizen Adrian Coman and Robert Claibourn Hamilton, an American. The two legally married in Belgium in 2010 but want to live permanently in Romania, which does not recognize same-sex marriage. Immigration authorities have denied Hamilton permanent residency in Romania. The couple argue Romania violated their right to move freely within the EU and should be forced to recognize their marriage. 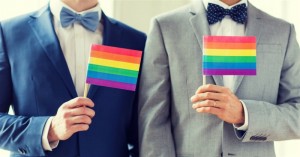 “Many European countries recognize and protect marriage as a union between a man and a woman in their laws and constitutions, as is their right,” said Adina Portaru, legal counsel for ADF International, a global partner of Alliance Defending Freedom. “Countries should remain free to affirm that a mother and father are both essential in a child’s life.” She noted that if the EU’s highest court can unilaterally change the definition of “spouse” for all 28 countries, it also can change other conditions of marriage. EU member Sweden is currently debating opening marriage to polygamous relationships.

Of the EU’s 28 member states, half still define marriage as the union of one man and one woman, with seven having this definition in their constitutions. Romania plans to hold a referendum next year on adding a traditional definition of marriage to its constitution.

“The union is deeply divided on the issue of marriage,” said Sophia Kuby, director of EU advocacy for ADF International. “If the EU’s highest court decides to contradict constitutional protections of marriage, it would lead to an unprecedented conflict of norms. It would create legal chaos and division, not more harmonization.”

The high court likely won’t issue a decision in the case for several months.