Iran, under a renewed threat of U.S. sanctions returning, two months ago decided to switch using the greenback as a currency in its imports and banned all traders from using USD. The directive came from the Ministry of Industry, Mine and Trade. Iran was being backed into a corner and was facing a situation of having has no access to dollar transactions because of the sanctions. Hence, it decided to remove that threat. Now instead of using banks, it has to use a network of foreign exchange bureaus and has even gone the distance by saying it wants no transactions at all in USD.

This was quickly but quietly followed up with a Reuters report at the same time in March that China was now ready to start testing its new system and that regulators had asked a handful of financial institutions to prepare for pricing China’s crude imports in the yuan. Since the launch in May, the interest in the renminbi-backed oil contracts has steadily increased. Traded daily volumes hit a record 250,000 lots within two weeks and surprisingly the share of yuan contracts in global trading jumped to 12 percent from 8 percent just eight weeks earlier.

Then, an industry news source for the oil and gas industry reported on April 9th that Russia was considering replacing the U.S. dollar in crude oil payments on deals with Turkey and Iran, Energy Minister Alexander Novak said.

According to Novak, “There is a common understanding that we need to move towards the use of national currencies in our settlements. There is a need for this, as well as the wish of the parties. This concerns both Turkey and Iran – we are considering an option of payment in national currencies with them. This requires certain adjustments in the financial, economic and banking sectors.”

Two weeks later Novak then announced that Russia had put together an oil-for-goods program with Iran and confirmed that the first shipments had been made. The deal aims for five years of trading and gets around the USD trade. 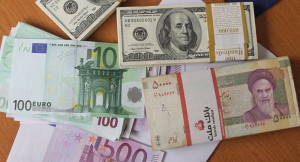 A major turning point in relations between the US and EU is not far from an announcement. After infuriating the European Union over a series of deals like the Paris Climate Accord, TTIP and others, the final straw came when after twelve years of EU negotiators being the linchpin to the Iran nuclear deal, Donald Trump decided the best course of action – is to withdraw from the deal and impose even harsher sanctions.

With the USA giving the green-light under Obama in 2015 to allow Iranian trade, the EU struck lucrative deals worth tens of billions. In 2017, EU trade with Iran increased 45 percent from the previous year with the same growth expected by 2020. By contrast, the USA managed less than one-tenth of the trade available.

The USA has now not only scuppered EU growth plans but dangerously caused an inflationary spike in oil prices, meaning the EU is hit with the double whammy of inflationary pressures and economic growth plans turning into unemployment statistics.

As we reported last week, the EU has lost patience and all but declared it is now on an economic collision course with the United States of America.

A source told RIA Novosti – “I’m privy to the information that the EU is going to shift from dollar to euro to pay for crude from Iran. Almost simultaneously, OilPrice.com the industry sector news outlet reported that the “EU Could Switch To Euros In Oil Trade With Iran” and so has the International Business Times.

Other measures are being considered. The 1996 Blocking Statute, which prohibited European companies from complying with US extraterritorial laws may be restored. Twenty years ago, when the Clinton administration threatened sanctions against European companies in the same Iran sanctions battle against Europe, the EU passed these blocking statutes giving companies cover to continue with business as usual. Clinton was forced to back down. The George W. Bush administration kept the sanctions on the go but did not enforce them for fear of sparking a trade war with Europe.

Some EU banks have declared they are already in a position to provide trading services to European corporations wishing to do trade with Iran.