(WNS)–Public school science teachers want to teach without fear of discipline, demotion, or termination when the curriculum touches topics that are controversial outside the classroom. Lawmakers in four states tried this year to introduce academic freedom bills to protect teachers for questioning theories like Darwinism, shielding them from retaliation. But opponents killed the bills before they could get a fair hearing, raising concerns among educators who might not fully embrace the theory of evolution.

“There are a number of incidents around the country where teachers have been threatened or fired,” said Casey Luskin, research coordinator for the Discovery Institute’s Center for Science & Culture. “They simply cited some of the problems with Darwinism.” 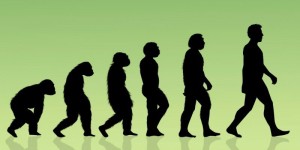 Most, if not all, of the bills were modeled after an academic freedom statute drafted by the Discovery Institute, which advocates for intelligent design as a better scientific explanation for driving the mechanism of life. Critics claim the proposed legislation is a way to introduce intelligent design and creationism in the classroom.

But in two states that already have academic freedom laws, that hasn’t happened.

As the first to pass an Academic Freedom bill into law in 2008, Louisiana has had enough time for any unintended consequences to surface. None have. In 2012, Tennessee became the second state to protect teachers who challenge students to think critically by discussing opposing sides of controversial topics.

The Louisiana Science Education Act “wasn’t limited to the evolutionary science question,” said Gene Mills, president of the Louisiana Family Forum, a driving force for academic freedom legislation in Louisiana. “It was one of four controversial subject matters that were listed to include the origin of life, global warming, and human cloning,” he said. The forum argued that declaring a position “settled science” doesn’t dismiss opposing arguments and clear the way for any public policy based on it—not in the media, the state legislatures, or the schools.

“If we can discuss it in the media or at the legislature, then a child or a student may ask a question or a teacher may propose an alternative theory on any of these controversial subject matters and discuss it freely as part of an academic freedom effort,” Mills said.

Opponents to the Louisiana and Tennessee laws, and the bills that failed in South Dakota, Montana, Indiana, and Oklahoma, say academic freedom measures are a backdoor attempt to introduce intelligent design and creationism into the classroom. But Mills noted provisions written into the laws make that impossible. The legislation prohibits promoting religion, which would block creationism, and it prohibits teaching subjects outside of an approved course of study. To his knowledge, intelligent design is not a part of any curriculum in any public educational institution in the country.

Still, opponents continue their attempts to overturn existing academic freedom laws and block the passage of new legislation, claiming science shouldn’t be questioned. But science is never settled. Discoveries beget questions that research and more discoveries answer in a continuing quest for knowledge. Luskin and Mills say that cycle can only survive where scientists are free to pursue it and teachers are free to debate and teach it.