NAPA. Calif. – In July the Life Legal Defense Foundations was finally able to reveal its support of a two-year undercover operation proving that Planned Parenthood routinely peddles the organs and tissues of babies aborted in its self-proclaimed “health centers.” This systematic profiteering is known to and approved by officers at the abortion giant’s highest levels of authority. Planned Parenthood will even alter the abortion method in order to guarantee the tissues most sought after — regardless of what might be best for the aborting mother.

The “Human Capital” project was a nearly 3-year-long undertaking produced by The Center for Medical Progress (CMP). Directed by CMP Project Lead David Daleiden, the effort secured audio and video recordings of Planned Parenthood administrators and abortionists casually agreeing to sell freshly-extracted parts from their abortions.

Life Legal gives the credit for bringing these shocking practices to light to David Daleiden. But Daleiden gives a lot of credit to Life Legal: “The Center for Medical Progress thanks Life Legal Defense Foundation for their initiative and foresight in consulting on and helping to develop this project.”

Familiar as we are with the abortion giant’s practices, Life Legal can’t claim to be surprised by Planned Parenthood’s utter disregard for medical ethics. But we are delighted that it has been so ably and thoroughly documented by David Daleiden. 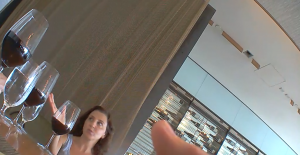 Life Legal is proud to have taken an active, essential role in exposing Planned Parenthood’s “Dr. Frankenstein” wrongdoing. Katie Short, Life Legal’s Vice-President for Legal Affairs, remarked, “Planned Parenthood’s unconscionable acts are recorded and proven. But it will take a lot of pressure to bring consequences to bear. After these revelations, the first thing every public official should be asked is why a penny of taxpayer money is going to fund any part of Planned Parenthood’s work.”

Having been with the project from its inception, Life Legal is committed to following through. Planned Parenthood will not lightly escape the judgment it has merited by trafficking in babies’ eyes, hearts, livers, muscles, and other organs and tissues.