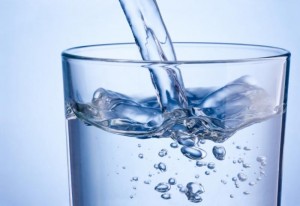 (NaturalHealth365) The discussion about fluoride in drinking water and potential fluoride side effects has been raging for decades. There is particular concern about its effects on the developing brains of children in pregnant women. This has served as a catalyst for University of Toronto researchers to study the impact of fluoride on the developing human brain.

The University of Toronto partnered with the University of Michigan, the National Institute of Public Health of Mexico, McGill University, Mount Sinai School of Medicine, Indiana University and the Harvard School of Public Health for this research. The study, entitled “Prenatal Fluoride Exposure and Cognitive Outcomes in Children at 4 and 6 – 12 Years of Age in Mexico,” looked at fluoride exposure in relation to numerous facets and stages of neurodevelopment.

Study of fluoride side effects over time confirms its hazards

For the study, the researchers analyzed data from 287 mother-child pairs in the Early Life Exposures in Mexico to Environmental Toxicants (ELEMENT) project in Mexico City. This project had recruited pregnant women for observation from 1994 to 2005 and continues to follow the health status of the participants to this day.

Fluoride levels in the urine were tested and related to verbal, perceptual-performance, quantitative, memory, and motor abilities in the children at the ages of four, six and 12. Results were adjusted for factors like birthweight, maternal marital status, smoking history, IQ, socioeconomic status and more.

The researchers ultimately found that fluoride levels in the urine of pregnant women had a direct correlation with lower intelligence of their children later in life. The fetal nervous system was adversely affected by fluoride exposure, and the effect was worse at higher levels.

Not surprisingly, the prenatal nervous system was found to be more sensitive to fluoride and fluoride side effects than older children. The study results were published in Environmental Health Perspectives.

Tap water supplies as well as dental products have been fluoridated in the United States and Canada for decades. Fluoride is also included in table salt and milk in some countries. The stated goal of these programs is to protect teeth and dental health as well as to improve bone health.

However, the debate about the safety of these programs and potential fluoride side effects has been raging for decades. Its effect on the brains and nervous systems of both adults and children has caused particular concern. And, the science reveals little doubt that this substance is highly-toxic.

Some of the known and stated fluoride side effects include staining of the teeth and skeletal fluorosis (an accumulation of fluoride in the bones). This current research shows that fluoride is also toxic to the brain, nervous system and IQ – especially in young children.

Bottom line: fluoride side effects like the ones listed in this article ought to motivate everyone to purify their tap water, but pregnant women should be especially vigilant.