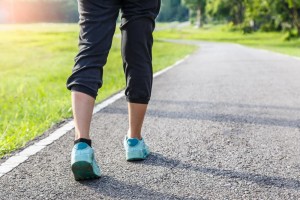 standing-reduces-cancer-risk(Naturalhealth365) “Sit down and relax.” “Have a seat.” “Please remain seated.” As unlikely as it seems, these polite, harmless-sounding phrases may be invitations to engage in a practice that is hazardous to your health – especially as it relates to cancer risk.

Recent studies are revealing associations between the act of sitting – especially for prolonged periods of time – and the risk of premature death. Researchers and medical experts are now sounding the alarm on the link between prolonged sitting and cancer – and warning that those in sedentary occupations take steps to protect themselves.

Researchers say: ‘Tens of thousands of lives are at stake’ and the cancer risk should NOT be ignored

The average American sits for 15.5 hours a day, with researchers reporting that most people spend only a small fraction of their time standing up and walking. Make no mistake: we are paying a price for this inactivity.

According to research presented at the American Institute for Cancer Research, up to 173,000 new cases of cancer could be prevented every year in the United States if people merely sat less.

(And, along with raising mortality risk, lack of physical activity is associated with both osteoporosis and depression.)

A variety of studies – performed by reputable researchers and published in peer-reviewed journals – confirm the adverse effects of prolonged sitting. In a 2011 review published in Current Oncology Reports, researchers found that people who spent over a decade in sedentary occupations doubled their risk of colon cancer.

Another study involving 123,000 participants showed that mortality risk rose in proportion to the amount of time people spent sitting.

As for men, sitting for six hours a day raised their risk by 18 percent.

Just what is it about exercise that is so beneficial to health?

And, physical activity reduces the risk of breast, endometrial and ovarian cancers by altering production of sex steroid hormones.

Researchers suggest: Protect yourself with periodic standing and light activity

The good news: researchers say that even a one or two-minute break from sitting – every hour – can pay big health dividends. (In other words: although vigorous or moderate activity is the most beneficial form of exercise, even light activity can help).

In one study, participants who interrupted a session at their desks in order to move about for one minute experienced smaller waistlines, less insulin resistance, and reduced inflammation.

In addition, experts say that the act of putting your body in motion instantly decreases inflammatory markers such as C-reactive protein – along with amounts of glucose and fat molecules in the blood.

The current guidelines from the National Institutes of Health call for getting a minimum of two and a half hours per week of moderate-intensity aerobic activity. But experts say that even people who exercise vigorously should still minimize their sitting time in order to avoid health issues.

Whether you use your break from sitting to do light house work, take a brisk walk, or just move from room to room, it is of paramount importance to move throughout the day. Setting a timer can remind you to get up hourly, while standing up during phone calls and meetings is also beneficial.

Ultimately, for many people, the use of an adjustable, stand-up desk can be a wise move.

So, maybe it’s time for you to make the decision to “stand up for yourself” – and for your health.