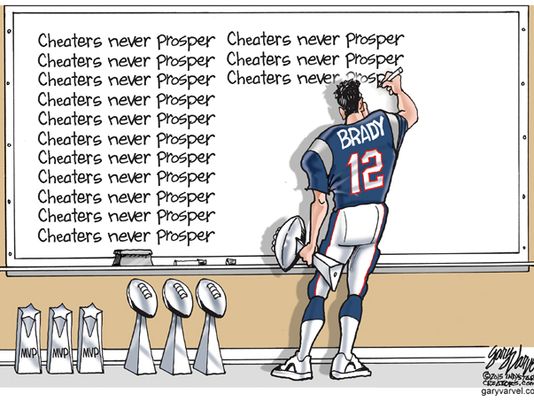 “I love it,” he stated with the enthusiasm of an eight-year-old having just been presented with a new puppy.

“Mr. Jones, you haven’t seen the room; just wait.”  “That doesn’t have anything to do with it,” he replied. “Happiness is something you decide on ahead of time. Whether I like my room or not doesn’t depend on how the furniture is arranged. It’s how I arrange my mind. I already decided to love it. It’s a decision I make every morning when I wake up. I have a choice; I can spend the day in bed recounting the difficulty I have with the parts of my body that no longer work, or get out of bed and be thankful for the ones that do. Each day is a gift, and as long as my eyes open, I’ll focus on the new day and all the happy memories I’ve stored away. Just for this time in my life…”

Wisdom for the Ages

1. You don’t have an attitude problem. They just have a perception problem. 2. We have 35 million laws to enforce the Ten Commandments. 3. It’s hard to gain a toehold if you’re acting like a heel. 4. The 50-50-90 rule: Anytime you have a 50-50 chance of getting something right, there’s a 90% probability you’ll get it wrong. 5. Stay away from negative people. They have a problem for every solution. 6. My people skills are just fine. It’s my tolerance to idiots that needs work. 7. I have joined the Anti-Crastination League. We are going Pro soon. 8. I’m going to retire and live off of my savings. Not sure what I’ll do the second week. 9. Birthdays are good for you … the more you have the longer you live.

A Texas rancher was visiting an Iowa farm. The Iowa farmer was very proud of his two hundred acres of rich, productive land.  “Is this your whole farm?” the Texan asked. “Why, back in Texas, I get in my car at five o’clock in the morning, and I drive and drive all day. At dusk I am just reaching the end of my ranch.”

The old Iowa farmer thought a while and replied, “Yeah, I used to have a car like that too.”

I have been in many places, but I’ve never been in Kahoots. Apparently, you can’t go alone. I’ve also never been in Cognito. I hear no one recognizes you there. I have, however, been in Sane. They don’t have an airport; you have to be driven there. I have made several trips there, thanks to my children, friends, family and work. I would like to go to Conclusions, but you have to jump, and I’m not too much on physical activity anymore.  I have also been in Doubt. That is a sad place to go, and I try not to visit there too often.

I’ve been in Flexible, but only when it was very important to stand firm. Sometimes I’m in Capable, and I go there more often as I’m getting older. One of my favorite places to be is in Suspense. It really gets the adrenalin flowing and pumps up the old heart! At my age I need all the stimuli I can get! I may have been in Continent, but I don’t remember what country I was in. It’s an age thing. They tell me it is very wet and damp there.

The poor country pastor was livid when he confronted his wife with the receipt for a $250 dress she had bought.  “How could you do this!” he exclaimed.  “I don’t know,” she wailed, “I was standing in the store looking at the dress.  Then I found myself trying it on.  It was like the Devil was whispering to me, ‘You look great in that dress.  You should buy it.'” “Well,” the pastor persisted, “You know how to deal with him!  Just tell him, ‘Get behind me, Satan!'” “I did,” replied his wife.  “But then, he said, ‘It looks great from back here, too!'”

SIGNS YOUR CHURCH HAS SOLD OUT TO CORPORATE SPONSORS

Why do seagulls live near the sea? A. If they lived near the bay, they’d be bagels.

Q: What do you call 100 rabbits dancing backward? A: A receding hare line.

Right now I’m having amnesia and deja vu at the same time. I think I’ve forgotten this stuff before. ~ The best reason for the right thing today is tomorrow. ~ The math teacher went crazy with the blackboard. He did a number on it. ~ The mighty oak was once just a little nut that held its ground. ~ The nice thing about cold weather is that you immediately know if you’ve walked outside with your fly unzipped. ~ The only people who listen to both sides of an argument are the neighbors. ~ The person who spends all day bragging about what he is going to accomplish tomorrow probably did the very same thing yesterday. ~ The reason politicians try so hard to get re-elected is that they don’t want to live under the laws they’ve passed. ~ The trick is to not let anyone know how really weird you are until it’s too late to back out. ~ There are three kinds of people: those who can count & those who can’t. ~ There are three ways to get something done: 1. Do it yourself 2. Hire someone 3. Forbid your kids to do it ~ There are two rules for success: 1. Never reveal everything you know. ~ There are two sides to every argument, unless a person is personally involved, in which case there is only one. ~ There are two types of people in this world: Those who can extrapolate from incomplete data. ~ There is a guaranteed way to get what you want: Want less.

YESTERDAY
Sung to the tune of the Beatles’ song “Yesterday”:
Yesterday,
All those backups seemed a waste of pay.
Now my database has gone away.
Oh I believe in yesterday.

Suddenly,
There’s not half the files there used to be,
And there’s a milestone hanging over me
The system crashed so suddenly.

I pushed something wrong
What it was I could not say.

Now all my data’s gone
and I long for yesterday-ay-ay-ay.

Yesterday,
The need for back-ups seemed so far away.
I knew my data was all here to stay,
Now I believe in yesterday.

If you think nothing is impossible, try slamming a revolving door.

HOW TO WRITE GOODER

1. Avoid alliteration. Always.
2. Prepositions are not words to end sentences with.
3. Avoid cliches like the plague. (They’re old hat.)

4. Employ the vernacular.
5. Eschew ampersands & abbreviations, etc.
6. Parenthetical remarks (however relevant) are unnecessary.
7. It is wrong to ever split an infinitive.
8. Contractions aren’t necessary.
9. Foreign words and phrases are not apropos.
10. One should never generalize.
11. Eliminate quotations. As Ralph Waldo Emerson once said: “I hate quotations. Tell me what you know.”
12. Comparisons are as bad as cliches.
13. Don’t be redundant; don’t use more words than necessary; it’s highly superfluous.
14. Be more or less specific.
15. Understatement is always best.
16. Exaggeration is a billion times worse than understatement.
17. One-word sentences? Eliminate.
19. Analogies in writing are like feathers on a snake.
19. The passive voice is to be avoided.
20. Go around the barn at high noon to avoid colloquialisms.
21. Even if a mixed metaphor sings, it should be derailed.
22. Who needs rhetorical questions?

A QUIZ FOR OUR VERY BRIGHT READERS

There are only 8 questions. This is a quiz for people who know everything. These are not trick questions – they are straight questions with straight answers…
Name the one sport in which neither the spectators nor the participants know the score or the leader until the contest ends.
2. What famous North American landmark is constantly moving backward?
3 Of all vegetables, only two can live to produce on their own for several growing seasons. All other vegetables must be replanted every year. What are the only two perennial vegetables?
4. What fruit has its seeds on the outside?
5. Only three words in standard English begin with the letters ‘ dw’ and they are all common words. Name two of them.
6. There are 14 punctuation marks in English grammar. Can you name at least half of them?
7. Name the only vegetable AND fruit that is never sold frozen, canned, processed, cooked, or in any other form except fresh.
8. Name 6 or more things that you can wear on your feet beginning with the letter ‘S.’