(WNS)–An Illinois administrative judge has given the owners of a bed and breakfast one year to provide their facility to a gay couple “for an event celebrating their civil union.” The order, part of a decision handed down March 22 in a discrimination case filed by the two men, also includes an $80,000 fine. 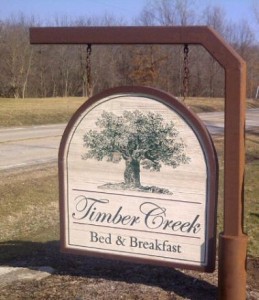 In a 2011 email exchange with Todd Wathen, Jim Walder said because the Bible “contains the highest laws pertinent to man,” his inn would never host a same-sex wedding or civil union. Walder’s attorney, Jason Craddock, said compelling the couple to do what it had refused to do out of Christian conviction is “out of bounds.”

“I was disturbed by the idea that someone practicing their faith could be seen as an outrageous act,” Craddock said.

Craddock will request a stay of the penalties while his clients appeal the case to the full commission. The $80,000 fine includes $15,000 each to Todd and Mark Wathen for emotional distress and $50,000 in legal fees. The American Civil Liberties Union is representing the gay couple.

The decision also requires the Walders to “cease and desist” their continued violation of the non-discrimination statute and begin accommodating weddings and civil unions for same-sex couples. But Walder insisted they wouldn’t comply.

“To be absolutely clear, we cannot host a same-sex wedding, even though fines and penalties have been imposed,” he wrote in a response to the ruling.

The judge’s ruling did not indicate the consequences for non-compliance.

The Wathens filed the discrimination complaint in February 2011 following the email correspondence with Jim Walder. During testimony, Todd Wathen said he and his partner were looking for a venue for the ceremony they were planning once the Religious Freedom Protection and Civil Union Act went into effect June 1, 2011. 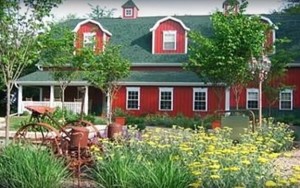 In his client’s defense, Craddock argued Todd Wathen only made a general inquiry about civil unions hosted at Timber Creek and never requested a reservation. Walder told him the inn only hosted weddings. Wathen wrote back and accused the proprietor of discrimination based on sexual orientation. Walder responded that his convictions were grounded in what the Bible, not human law, says about sexuality and marriage and for that reason the inn could not host same-sex wedding ceremonies.

In a final email, Walder quoted Romans 1:26-27, the apostle Paul’s admonition about homosexuality.

“[God] is loving and kind and is ready to forgive all men their trespasses, including me,” he added.

“[Mark and Todd Wathen] have provided direct evidence of Walder’s discriminatory animosity towards their sexual orientation, and that such animosity played an operative role in respondent’s refusal to schedule same-sex civil unions at its facility,” he wrote in his decision.

But Craddock insisted his clients were not motivated by hate.

“He simply was following the dictates of his faith,” Craddock told Robinson during a November hearing. “And, actually, although you may find it ironic, was showing love for the Wathens in his communication and in his action.”

Robinson dismissed the Illinois Religious Freedom Protection Act as applicable in the case because, by his analysis, the Walders did not explain how hosting a same-sex civil union ceremony is tantamount to a public endorsement of the event and “a substantial burden on [their] exercise of religion.”