In China, a Devastating Choice Between Abortion and Unemployment

(WNS)–It started when a mother who was eight months pregnant posted on Weibo, China’s Twitter-like social media platform, that she felt pressured to abort her baby or else her husband would lose his job as a police officer. The baby is the couple’s second child and falls outside of the one-child policy.

“I won’t let the doctor inject my baby with poison. I would rather crash my car,” wrote Chen, who would only be identified by her surname, on Monday morning. Later on the message app Wechat, the Yunnan province mother shared more details: “My husband’s employers know about my pregnancy, and they brought some people to our home. They want us to kill our baby so as to save his job.”

The story struck a nerve in China, where many couples who choose to give birth to a second child face high fines as well as the loss of government jobs. Late-term abortions and forced abortion are both technically against the law yet still happen in illegal medical clinics and in rural areas. Supporters who saw Chen’s story on the internet spoke out, calling local family planning officials to inquire about the case.

Yet 41-year-old Chen told The Associated Press she was nervous about all the attention she’s been getting, saying, “I am worried he would lose his job even after we lose the baby if the situation gets messy.” 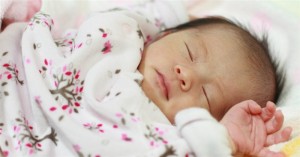 A family-planning official in Chen’s precinct said the couple would not be forced to abort the baby, but would need to face the consequences of the “excess birth.” “There also is suspicion that the couple wants to avoid the punishment for breaking the rules by stirring up public interest,” Wen Xueping said.

This is not the first time netizens have rallied against the one-child policy. In 2012, a photo went viral of Feng Jianmei and her child who was aborted at seven months of gestation, leading to the firing of two officials and a review of local family planning divisions. At the time, Beijing sternly warned against forced abortion and late-term abortions.

A burgeoning pro-life movement has taken root in Chinese churches, and recent backlashes on the Internet show that more are seeing the realities of abortion that the government has long kept hidden from view. Radio Free Asia interviewed one obstetrician in Beijing who said abortions after six months of gestation are morally wrong: “By eight months, the fetus has already become a person, and nobody, not even the baby’s parents, has the right to end its life.”

Economists have decried China’s aging demographics caused by the one-child policy and called for an overturn of the policy. Most recently, China eased its policy by allowing for couples who are both only children to have a second child, though Chen and her husband do not fit in this category.

“I’m fearful,” Chen said. “If my husband believes I must abort the child, there’s nothing I can do.”