Is Monsanto the Reason For Gluten Allergies

(NaturalHealth365) The incidence of celiac disease has increased at alarming rates around the globe, particularly in North America and Europe, where it’s estimated as much as 5 percent of the population suffers from the disease today. Those continents are also where chemical giant Monsanto has been most successful in selling the weed killer glyphosate, marketed by farm chemical giant Monsanto under the trade name Roundup, to farmer and backyard gardener alike.

Scientists now believe those two factors are no coincidence. As published in the journal Interdisciplinary Toxicology, researchers note that glyphosate has long been linked to the cancer non-Hodgkin lymphoma. But further study reveals the deadly chemical is almost certainly behind the surge in celiac disease cases due to its widespread use as a drying agent just prior to harvest on wheat and barley fields.

The dangers of glyphosate are well-documented 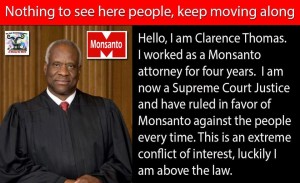 Reviewing the many ills associated with glyphosate will leave you wondering how this deadly chemical could possibly come in contact with food and feed meant for consumption. But unfortunately, its use is more common than not. Conventional farmers routinely spray fields of wheat and barley about a week before harvest with glyphosate, relying on the chemical as a drying agent. This is in addition to its use for weed control earlier in the growing cycle.

New England researchers documented findings in the journal Interdisciplinary Toxicology that reveal glyphosate is known to deplete the body of four amino acids. Those same four amino acids are known to be deficient in those suffering from celiac disease. Plus, patients suffering from celiac disease also have an increased risk of non-Hodgkin lymphoma, which health officials at the United Nations have already linked to glyphosate.

Glyphosate is also associated with reproductive problems often experienced by those suffering from celiac disease, such as infertility, miscarriages, and birth defects. Again, the practice of spraying glyphosate just prior to harvest has increased levels of residual glyphosate on wheat and related crops. The New England researchers add that the increasingly common practice of ripening sugar cane by applying glyphosate could explain a sharp increase in kidney failure found in agricultural workers in Central America.

The real culprit behind disease

While mounting evidence points to glyphosate as the culprit behind conditions involving a gluten allergy or intolerance, the U.S. remains apart from countries doing something to ban, or at least restrict, the use of this deadly chemical. Germany, France and Switzerland have joined with Colombia and Sri Lanka, among others, in the movement to halt the sale and use glyphosate.

Although glyphosate’s use throughout the growing season, culminating in its application as a drying agent just before harvest, may save farmers a few dollars, the real cost comes in the devastating effects it has on human health. The upswing in incidences of celiac disease, along with non-Hodgkin lymphoma, should serve as clear and ominous warning of the need to follow the lead of other nations in the world in banning this chemical.