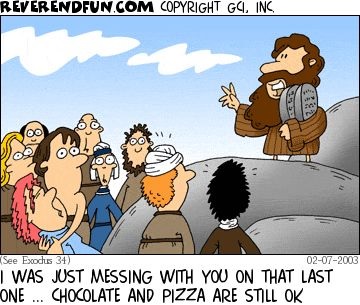 A mother and father were chatting with their 13-year-old son about his future. The tweenager said he’d like to attend Cornell, as his parents and other members of the family had. Pleased with his response, they pressed on. “What would you like to take when you attend college?” they asked the boy. After giving it some thought and glancing around the kitchen, he replied, “The refrigerator, if you can get along without it.”

A customer asked his barber, “When would be the best time to bring in my two-year-old son?” Without hesitation, the barber answered, “When he’s four.”

Little Josh was brought to Dr. Gill cause he hadn’t eaten anything for days. Dr. Gill offered him all the goodies he could think of. No luck. He tried a little scolding. It didn’t work. A little pleading, to no avail. Finally, he sat down, faced the boy, looked him in the eye. He said, “Look young man, if you can be stubborn, so can I. You’re not going anywhere until you eat something. You can have whatever you want, but only after you have eaten will you leave.”
Josh just sat and glared for some time, then said, “OK. I’ll eat but I have some conditions. First, I’ll have exactly what I want and exactly how I want it and second you’ll share with me.” Dr. Gill was OK with this. He asked the child what he’d like. “Worms!” said Josh. Dr. Gill was horrified but didn’t want to back out and seem like a loser. So, he ordered a plate of worms to be brought in. “Not that many, just one,” yelled Josh as he saw the plate. So, everything other than one worm was removed. Josh then demanded that the single worm be cut into two pieces and then Dr. Gill eat half. Dr. Gill went through the worst ordeal of his life, and after finishing, barely managing to keep his cool, said, “OK, now eat!” Josh refused as he sobbed, “No way! You ate my half!”

Rules For Procrastinators
1. If anything is worth doing, it would have been done already.
2. Never put off until tomorrow what you can forget about altogether.
3. All deadlines are unreasonable regardless of the amount of time given.
4. The probability of a miracle, though infinitesimally small, is not exactly zero.
5. If at first you don’t succeed, there is always next year.

I caught my son chewing on electrical cords. So I had to ground him. He’s doing better currently.
And conducting himself properly.

A driver got a speeding ticket and went to pay the fine. The police clerk issued a receipt for payment and the annoyed driver said, “What am I supposed to do with this?” “Keep it,” the clerk advised. “If you collect enough of them, you get a bicycle!”

A guy bought his wife a beautiful diamond ring for her birthday. A friend of his said, “I thought she wanted one of those jazzy 4-Wheel drive vehicles.” “She did,” he replied. “But where in the world was I going to find a fake jeep!!”

A woman drove a mini-van filled with a dozen screaming kids through the mall parking lot, looking for a space.
Obviously frazzled, she coasted through a stop sign. “Hey, lady, have you forgotten how to stop?” yelled an irate man. She rolled down her window and yelled back, “What makes you think these are all mine?”

Sleeping in Thunderstorms
One summer evening during a violent thunderstorm a mother was tucking her son into bed. She was about to turn off the light when he asked with a tremor in his voice, “Mommy, will you sleep with me tonight?” The mother smiled and gave him a reassuring hug. “I can’t dear,” she said. “I have to sleep in Daddy’s room.” A long silence was broken at last by his shaky little voice: “The big sissy.”

Thoughts for the day:

“Your call is very important to us. Please enjoy this 40-minute flute solo.” ~ “The starting pay is $40,000. Later it can go up to $80,000.” “Great. I’ll start later.” ~ Every few days try your jeans on just to make sure they fit. Pajamas will have you believe all is well in the kingdom. ~  Does anyone else have a plastic bag full of plastic bags, or is it just me? ~  Becoming an adult is the dumbest thing I’ve ever done. ~  Be decisive. Right or wrong, make a decision. The road is paved with flat squirrels who couldn’t make a decision. ~  At a job interview, tell them you’re willing to give 110 percent. Unless the job is a statistician. ~  “Normal” is a setting on a washing machine. And our Country is in the agitation cycle!