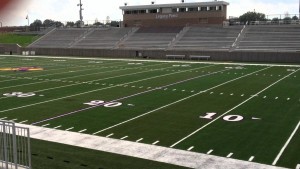 LGBT activists are at it again and this time they’ve taken it to the sports field. When a high-school coach made a locker-room comment deemed “unsafe”, LBGT activists were determined to make an example out of him, and now they’ve ended his coaching career. But they weren’t prepared for how the players responded, and now chaos has erupted in this quiet town.

It all started during football practice, when a student was delaying heading out to practice. The coach made a comment, and it was reported as “insensitive”, and the school decided to fire him. School officials went on to say his comment “violated” the “environment” and safety of children!

The firing of this coach points back to a deeper issue which is sweeping through the nation. Leftist schools are determined to make an example out of anyone, just to prove they are “discriminated” against. Each and every comment is scrutinized, and then used against teachers. Teachers are punished for calling a girl a girl, and not being “sensitive” to gender.

And while LGBT activists think they are “discriminated against” nothing could be further from the truth. But the worst part is, LGBT activists are gaining control and leadership positions within schools. And now, the students who looked up to the coach as their leader, are completely devastated knowing he has been fired.

“He is suffering, as are his boys,” Jim Pugh, the father of another player, added. “He was being disrespected by a young man who thinks telling an adult to [expletive] off is acceptable.

He is a good man who has nurtured and loved all of those boys.” The Tribune reports it spoke to other players who are defending the coach.”

The school could have responded differently, but they didn’t. However, this is nothing new in California. We have previously reported about the radical leftist teacher who held a transition ceremony, and then won teacher of the year.

And everyone knows, schools are breeding grounds for LGBT ideas to flourish. Teachers are terrified to say anything for fear of being fired. LGBT activists don’t want “tolerance.” They want everyone to agree with them, and if anyone dares to have a different opinion, they are seen as an enemy who must be destroyed.

But conservatives can take heart in knowing the truth is on our side, and will eventually win in the end.