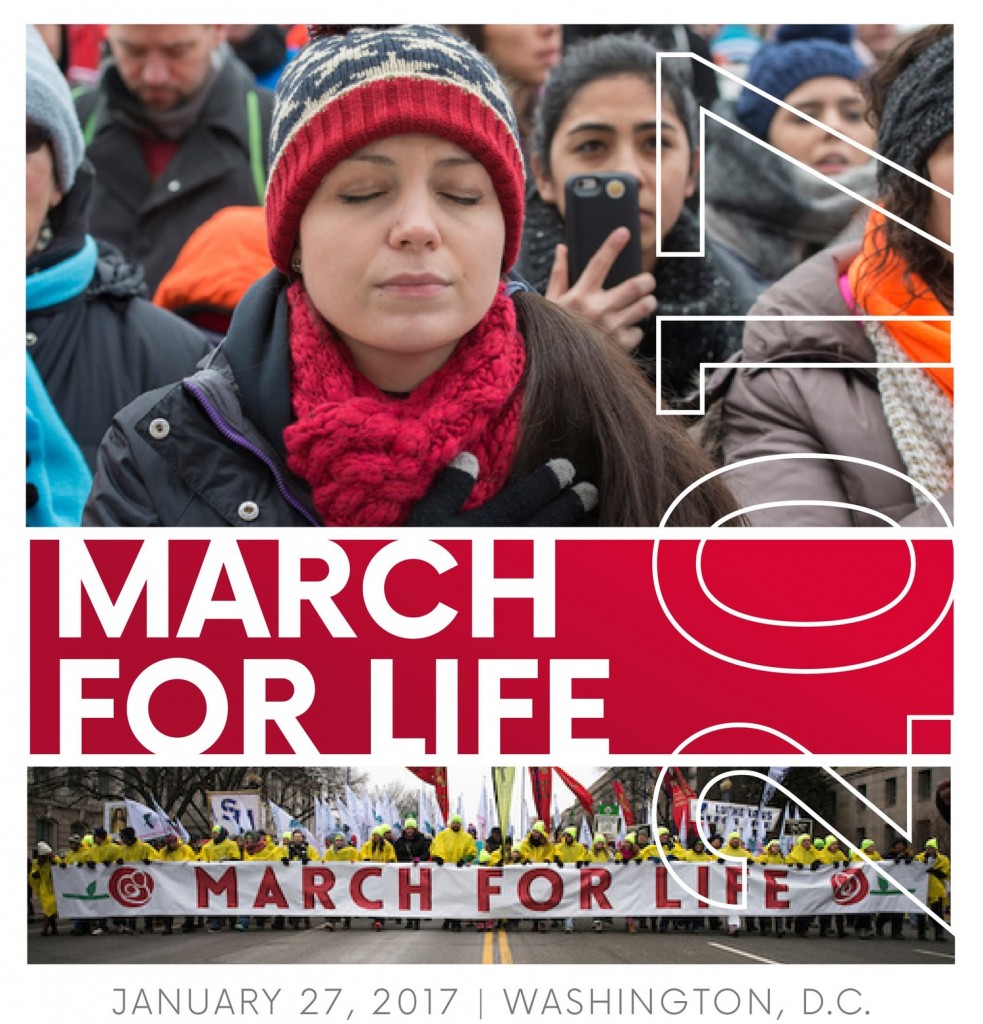 (WNS)–For the 44th year in a row, thousands flooded the nation’s capital to show support for the unborn, and for the first time in a long time, the pro-life movement’s priorities appear to mirror those of the nation’s leaders.

“Life is winning again in America,” Vice President Mike Pence told the crowd of pro-lifers gathered on the National Mall. “Compassion is overcoming convenience, and hope is defeating despair.” 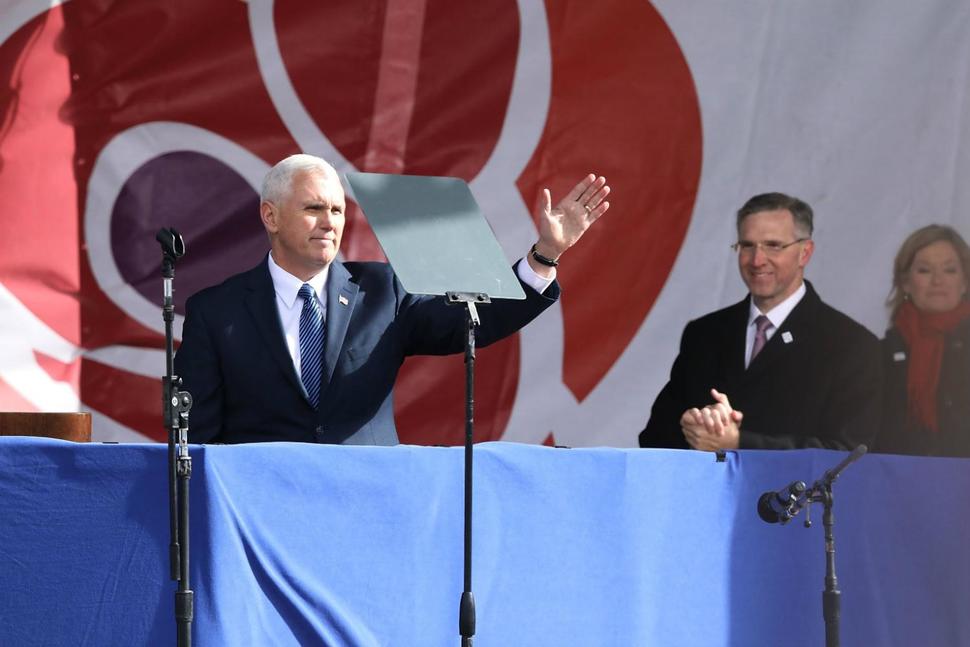 Pence is the highest-ranking elected official to address the annual March for Life, and his appearance represents the first time a sitting vice president has attended in person. His speech helped drive a renewed sense of optimism at this year’s event. Advocates believe the newly elected Republican-controlled Congress and Trump administration will make significant progress for the pro-life movement.

Today marked the one-week anniversary of President Donald Trump’s inauguration. This morning, before Pence addressed the crowd, Trump broadcast his support on Twitter.

“The #MarchForLife is so important. To all of you marching—you have my full support!” Trump tweeted.

For many in the pro-life movement, attending the March for Life is nothing new, but outspoken support from the Trump administration prompted many to attend for the first time.

Greg Ingle traveled from Detroit and arrived at the National Mall before sunrise to be first in line. Wearing his red “Make America Great Again” cap, Ingle and his friend John Vanbear anchored a spot front and center.

“I’ve never experienced an atmosphere like this before,” Vanbear told me.

Gary Crews and his wife of 37 years, Patty, came from Orlando, Fla., to attend the march for the first time. Gary Crews told me he’s been pro-life for more than 40 years, but he has never been more optimistic for the movement. He said more and more Americans realize the importance of standing up for life. Crews attributed the undercover videos released by David Daleiden’s Center for Medical Progress in 2015 for exposing the bleak reality of the abortion industry. As for Pence’s appearance at the march?

“The whipped cream on top of the sundae,” Crews said.

“This is the first March for Life I’ve ever been to at a time when we have both a pro-life Congress and a pro-life administration in the White House—that’s just a total game changer,” Daleiden told 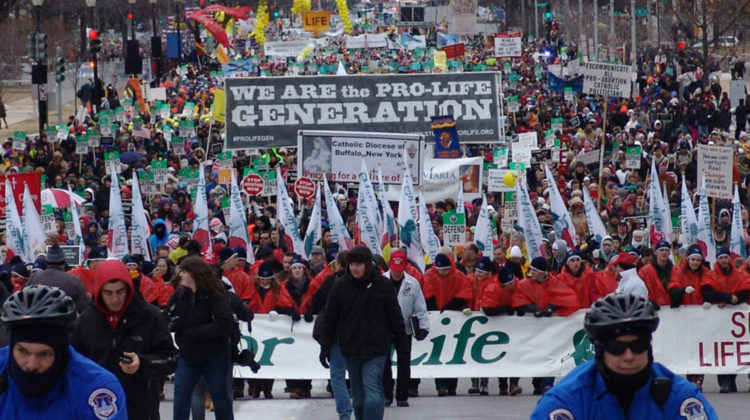 me. “Today we’re coming full circle because none of us would be here talking about defunding Planned Parenthood if Vice President Pence had not stood up and made that an issue more than 10 years ago.”

While serving in Congress, Pence began introducing bills to defund Planned Parenthood in 2007 and continued to do so through 2011, when his amendment to defund the abortion giant gained some traction and almost led to a government shutdown.

For lawmakers, 2017 is fertile ground for advancing each part of that agenda.

Lankford pointed to Trump’s executive order on Monday to reinstate the Mexico City Policy, which blocks foreign aid dollars from going to abortion providers. Lankford and other likeminded lawmakers in the Senate are not talking about a hope to defund Planned Parenthood anymore, they’re talking about the logistics of making that a reality, he said.

Before Pence took the stage Friday afternoon, presidential adviser Kellyanne Conway warmed up the crowd. She called today a new dawn for life. 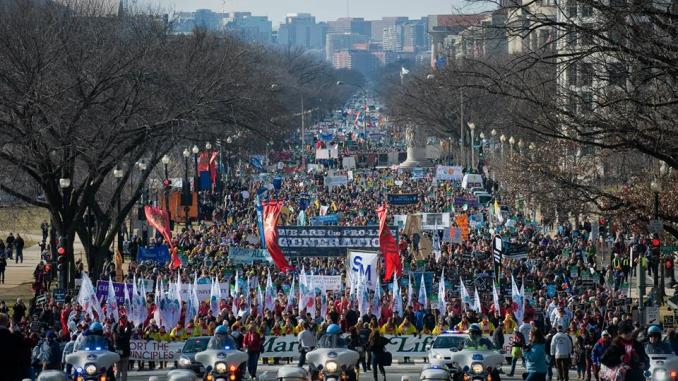 “To the March for Life 2017, allow me to make it very clear: We hear you, we see you, we respect you, and we look forward to working with you,” Conway said.

Last week, more than half a million people came to Washington to protest Trump’s inauguration and advocate for abortion at the Women’s March on Washington. This year’s March for Life didn’t match that turnout, but the event’s organizers said that shouldn’t matter.