‘Mary: My Story from Bethlehem to Calvary’ Has Now Been Released and Would Make a Great Christmas Gift 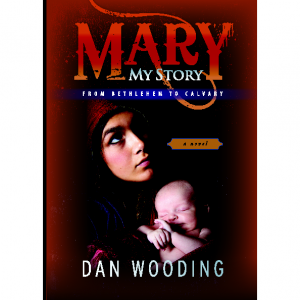 LAKE FOREST, CA (ANS) — As Christmas is approaching, international author, broadcaster and journalist, Dan Wooding, has suggested that his novel, “Mary: My Story from Bethlehem to Calvary” (Tanswell Books) would make a great Christmas gift, especially to give to friends and family who don’t go to church or read the Bible.

Wooding, 73, in his 45th book, says that he literally became Mary, the mother of God, and in so doing tells the amazing story of Mary, in the form of a novel, giving real insights into her life with her beloved son, from his childhood, his growing years, his ministry, his terrible death on the cross, which she witnessed, his resurrection, and finally, his ascension to sit at the right hand of his father in heaven.

He says, “It took me three months to write this unique novel. I believe it to be a faithful adaptation of the story of Jesus’ life told from the perspective of Mary.  Writing it has been the most moving experience of my life.

“It all began when a friend, Larry Nelson, a retired Christian attorney, called me to suggest that I might like to consider doing the story of Jesus through the eyes of Mary, his magnificent mother. Neither of us had actually seen a book written in this way, and so I imagined that I was Mary and began writing this 70,000-word book that was based on some 365 Scriptures from the Bible.”< /p>

Wooding, the founder of the ASSIST News Service (www.assistnews.net), started the novel by envisoning what it was like for to be told by the angel Gabriel, “Do not be afraid, Mary, you have found favor with God. You will be with child and give birth to a son, and you are to give him the name Jesus. He will be great and will be called the Son of the Most High. The Lord God will give him the throne of his father David, and he will reign over the house of Jacob forever; his kingdom will never end.”

He said, “As I was putting together the story, I felt the shock this young unmarried virgin from Nazareth must have experienced when she was told that she would bear the Savior of the world. I asked how was she to tell this news to her parents and Joseph, the man she was in love with? How would the people in her village react when they eventually noticed that she was pregnant?

“As my fingers flew across the keyboard of my laptop while I sat outside on my patio in the balmy weather of Southern California (very similar to that of Israel), I was transported back in time to that dangerous period for Jewish people — because of the Roman occupation — and how Joseph accepted Mary and they eventually went to Bethlehem, only to find that there was no room in the inn, and so they had to live in a putrid stable with a collection of animals and where she gave birth to the baby Jesus.

“The story then developed with the family escaping from the cruel and jealous King Herod to Egypt, and how, after Herod’s death, they went to Naza reth, where her brilliant son helped his father in his carpenters shop, and made quite an impression on the local Jewish leaders with his deep understanding of the Scriptures.

Wooding went on to say, “I had to fight back the tears, as I later ‘joined’ Mary near the end of the story, when she watched her son staggering in agony through the streets of Jerusalem with the cross on which he would die. I joined her at Calvary as she watched in horror as he nailed to the cross, and later when she went to the place he was buried and discovered that the stone at the entrance of the tomb had been rolled away, and she was able to talk with him one more time.”I later felt Mary’s pain, when Jesus finally left home, after being baptized by John the Baptist in the Jordan River, and began his earthly ministry. For long periods, she would not see her son. To make matters worse, her husband died and she tried to cope with the nagging loneliness of being alone in the world.”

“His ascension soon followed, and Mary was back in her home, with the knowledge that her son’s ministry on earth had ended and he was now seated at the right hand of his Heavenly Father in Heaven.”

Already, several well-known personalities have come forward with endorsements for the book, which has received high ratings on www.Amazon.com.

Wooding said, “I hope that this novel will inspire many, particularly young women, who will identify with Mary, and I believe it will not only be a wonderful way of getting inside the mind of his cherished mother of Jesus, but would also make a great Christmas gift for people who are not yet followers of Jesus.”

To find out more, or to order a copy (for yourself) or copies as a gift, just go to marythebook.com, where you can also read a sample chapter.