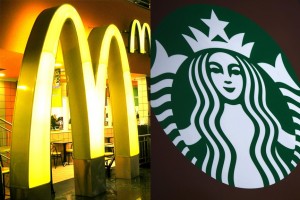 (WNS)–Despite nearly 25,000 supporters, a public campaign asking McDonald’s and Starbucks to install anti-pornography filters on their in-store free WiFi networks has so far been unsuccessful.

In the letters, Hughes urged the two U.S.-based companies to implement the same filters in their stores at home, noting other major chains, like Chick-fil-A and Panera, already filter their free internet access voluntarily.

“We appreciate your concern and are looking into options for effective filtering in the U.S.,” McDonald’s said in a written response to Hughes. The fast-food chain has continued a dialogue with EIE, Hughes said, but in the seven months since the letter exchange neither McDonald’s nor Starbucks has added filters to their combined 25,000 U.S. stores.

The group’s next step is to approach McDonald’s and Starbucks again, this time also including the petition signatures it has collected. Hughes is confident the two major stores will soon implement filters, setting an example for other free WiFi providers.