(WNS)–Two Democratic lawmakers introduced legislation last week to address sexual harassment on Capitol Hill. Rep. Jackie Speier of California and Sen. Kirsten Gillibrand of New York drafted the Me Too Act, which gets its name from a social media campaign that encourages women to share their personal experiences with sexual harassment. The legislation aims to overhaul Capitol Hill’s flawed complaint process. Recent accounts of women going on the record to report sexual abuse in Hollywood has compelled more women to speak out about what happens in and around Congress. Speier claims two current members of Congress—a Democrat and a Republican―have sexual harassment claims filed against them by staffers. She refused to name the lawmakers but said Congress needs to seriously reconsider how it handles complaints. 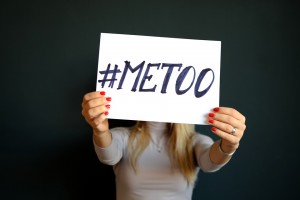 Under the current system, accusers must sign non-disclosure agreements and endure a 30-day cooling off period, during which they continue to work in the same office. During a subsequent mediation process, the accuser must provide his or her own legal counsel. Only after another cooling off period of at least 30 days can the accuser file an official complaint. Interns and temporary fellows—often the most vulnerable in any congressional office—don’t have access to this process. Earlier last week, House Speaker Paul Ryan, R-Wis., announced new requirements for all House and staff members to undergo anti-harassment and anti-discrimination training. The Senate unanimously approved legislation to enact similar requirements.