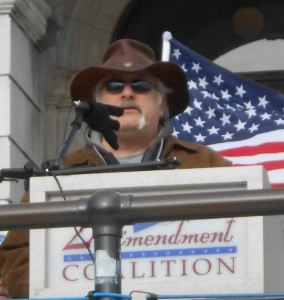 “Attempting to fill the shoes of Susan Wynne will not be easy, but I am ready.”

Mr. Puyana states, “Carrying on the great efforts of Susan Wynne to save Rhode Island from the torrent of irresponsibility so prevalent today is something I and many of our fellow citizens feel is an absolute necessity.  When we started this effort five years ago, we knew this would be a long, hard battle against powerful political insiders.  Yet today it is evident the decision making by those who wield such power in our state have not made life better for most Rhode Islanders.”

Puyana continues, “Our fight to restore equality under the law and the right to self-determination for every individual in our state is making great strides and I am honored to be chosen as the next Rhode Island Tea Party leader.  My nomination and unanimous approval from the RI Tea Party Steering Committee and Board came as we prepared for our Fifth Annual Tax Day Tea Party on April 15, a celebration for all those who support liberty in our state.”

Susan stepped aside as President as she knew that after contributing on such a high level for 2 years it was time to make room for the next leader to do the same.  She will continue to serve on the Board of Directors as well as in an advisory role and continue to assist other good government groups fighting for freedom and liberty.

Michael Puyana presently lives in Burrillville, Rhode Island.  Mr. Puyana works as an environmental consultant helping to assist small to large businesses comply with the immense regulatory environment they must endure in order to survive and help to keep hard working citizens employed.  Puyana is also a voluntary, unpaid lobbyist advocating for fiscal sanity and sound legislative policy from every member of the Rhode Island General Assembly.

More information is available at RITeaParty.com.