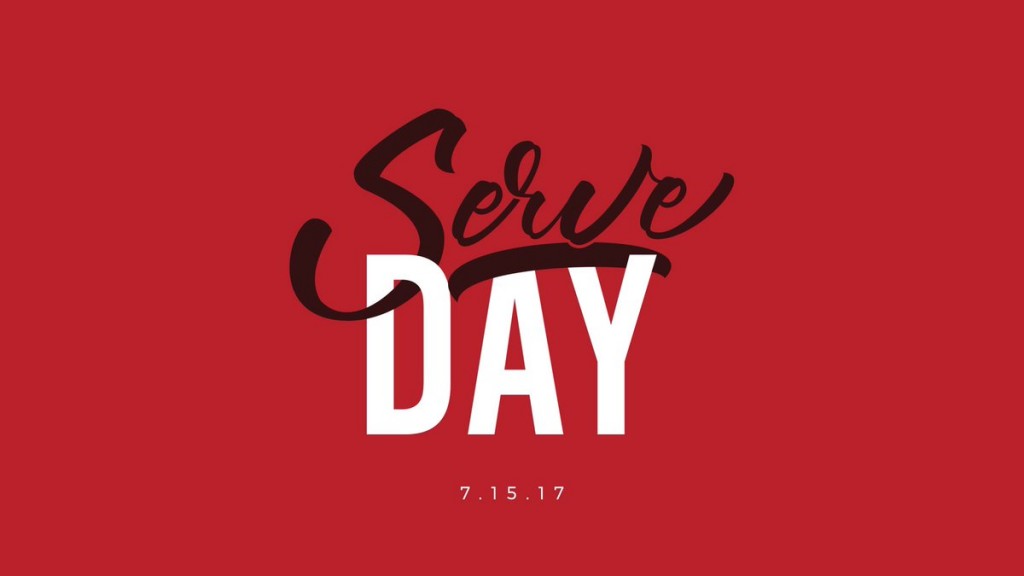 Sometimes witnessing a person who is a good example can, sadly, elicit on the part of certain folks either indifference, jealousy, shame, selfishness, greed, or even hatred. Yet for faithful Christians empowered by the Holy Spirit, exposure to a good example is more likely to inspire them to follow Jesus, and “go and do thou likewise”.

When Jesus taught his followers to “love thy neighbor as thyself” one of them asked, “And who is my neighbor?” In response, the Lord told a parable about a man who, having fallen among thieves, had been robbed, gravely wounded, and left half dead by the roadside. Although both a priest and a Levite came along, each ignored his plight and passed by on the other side of the road. But then another traveler came by, a Samaritan, who took notice and immediately showed him mercy. The Samaritan tended to the injured man’s wounds, took him to an inn, and spent the night taking care of him. The next morning, before resuming his journey, the Samaritan gave money to the innkeeper to continue caring for the ill man, and promised to repay any extra expenses incurred when he returned.

Similarly, although people with various and sundry needs are all around us, many of us tend to tune them out, assuming that somehow “the government” or “others” will provide for them. If the truth be known, we often turn our backs, figuratively if not literally, just like the priest and the Levite. Even our own churches can become social sanctuaries on Sundays where friends blithely report to one another that they are “fine”, yet spend the remainder of the week coping alone with very difficult burdens. If friends and acquaintances were aware of their real needs and cared enough, some of those burdens could be shared, shouldered, and at least partially lifted.

On the other hand, there are many people who would enthusiastically welcome opportunities to be of service to those in their communities if only they were aware of some way to become involved. Enter Pastor Chris Hodges, of Church of the Highlands (COTH), in Birmingham, AL. In 2008, Pastor Hodges conceived of an annual event called SERVEday, also dubbed “Servolution”. Just nine years later, volunteers from 409 churches located all across the United States and in 19 countries on 6 continents participated in SERVEday17.

On Saturday, July 15, SERVEday17 teams performed tens of thousands of complimentary acts of kindness and service alongside civic and non-profit groups at thousands of sites in the United States and 26 international locations. Motivated by the desire to serve outside their church buildings, these teams communicated a message to their neighbors: “We’re here for you beyond today.” Some of the people being served said they had not even known those churches existed until that day.

Predictably, such an outpouring of unselfish service has had far-reaching and heartwarming results. Those in charge of planning the projects are unusually creative. In one instance, SERVEday17 coordinators Michael and Christine Baamonde, representing NOLA Church in the New Orleans area, have already agreed to join City of Harahan Mayor Tina Miceli and the City Council to plan other projects following July 15th’s successful event. The mayor had joined 43 members of NOLA church, including 13 kids, at a public park in Harahan, LA where all worked together to remove graffiti from bathroom walls and sanded and gave bright new coats of paint to metal and plastic playground equipment. She said, “Any mayor, city, community, parish or county is fortunate to have service-minded people like these.” The Baamondes are also considering establishing a Dream Center – part of the Dream Center Network and the Association of Related Churches (AARC) – which will mirror others of the same name, including the LA Dream Center near downtown Los Angeles, founded by Pastors Tommy and Matthew Barnett. It was designed to help to meet the relational, spiritual, emotional, and physical needs of its neighbors. 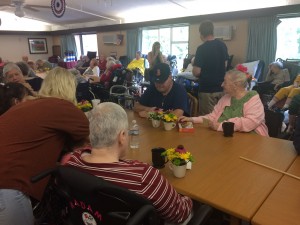 In Savannah, GA Pastor Corey Williams, who leads the largely African-American Impact Church, headed up volunteers from his church to show commitment to their community on SERVEday. They visited a nursing home, partnered with others to feed and care for the inner city’s less fortunate, and picked up trash on a two-mile stretch of Savannah highway. Williams said that while walking and praying along the road, “We chose to believe that this represents people whose lives need picking up.” Last year, Pastor Williams worked with a friend and fellow pastor of a largely Caucasian church to mediate racial reconciliation between law enforcement and the Savannah community during a period of high tension that had spread throughout the nation. This year, Impact Church also hopes to establish a mobile outreach as part of the Dream Center Network.

Centerpoint Church, in Chillicothe, OH, another partner with SERVEday17, went in a different direction. Like many communities in our nation, Chillicothe has a growing problem with illegal drug use by adult parents, resulting in their incarceration or rehabilitation and their children’s subsequent farming out to foster parents for the duration. Centerpoint Pastors Chris VanBuskirk and Matt Kysor initiated a way to serve the children as well as their foster and biological parents over the SERVEday17 weekend. A licensed social worker who attends Centerpoint Church, Vicki Barlett, said both parents and children were deeply moved by the kindness and service extended to them from strangers. Centerpoint Church paid for new sneakers, haircuts, and lunch for some children and teenagers living in foster homes in rural Ohio, while for others of the kids, there was a supervised reunion with their estranged parents. One parent exclaimed, “I just can’t thank (Centerpoint) enough. There are still good people out there. I didn’t think others cared anymore.”

Ohio witnessed a lot of sacrificial and unconditional displays of good citizenship on SERVEday17. In all, 250 church members volunteered to work on 30 projects, winning the hearts of many leaders in both government and non-profit sectors.

Four SERVEday17 projects were offered in Rio de Janeiro, Brazil, where Pastor Samuel Brum Sr. served, while his son, Rev. Samuel Brum Jr., a pastor in Colorado, joined 48 unrelated churches in extending kindness to cities and towns in CO. He and Pastor Jonathan Wiggins at Rez Church, worked with members from various denominations in three cities with populations close to 100,000 and more, including Ft. Collins, CO. In Loveland, CO Wiggins and a small group provided maintenance and clean-up at a non-profit serving individuals and families seeking alternatives to violence.

The Dream Center in Birmingham, AL conducted 10 projects including a heartwarming display of the transforming power of service. Instead of being served, those usually on the receiving end of the Dream Center’s Tuesday and Thursday outreaches became volunteers who distributed free lemonade and jewelry around the city.

Also in Birmingham, Church of the Highlands (COTH) members across its 16 campuses provided an estimated 613 outreaches through its network of small groups, with about 25,000 people serving.

Across the U. S., 387 churches participated along with other members in North and South America, Europe, Asia, Africa, and Australia. There was even an unofficial event in Russia, with support from the Dream Center in Mobile, AL. Meanwhile, some members have already begun working and praying for SERVEday18, such as a volunteer firefighter and outreach pastor Derick Zwerneman, of Celebration Church in Austin, TX. He and lead Pastor Joe Champion have been making preparations for participating next year with their church in Austin and its other locations in Italy and Mozambique. 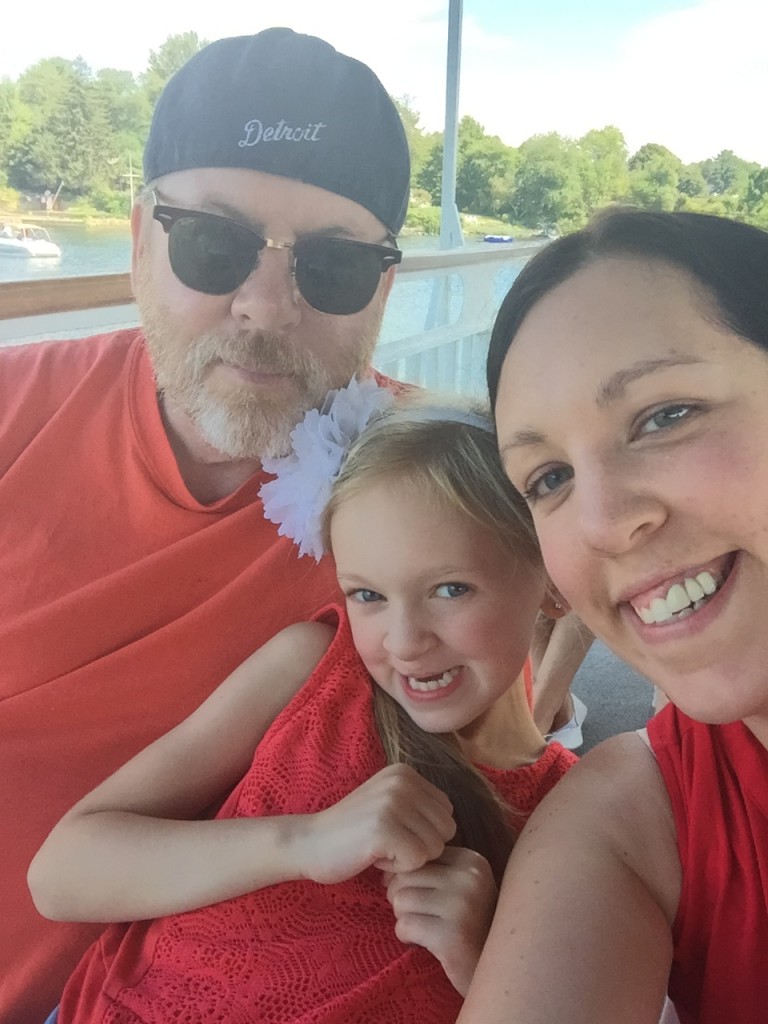 Pastor Loren Decker with his family

Closer to home, the only New England church to participate in SERVEday17 was LifeHouse Church, at 17 Jericho Road, Middleboro, MA. Pastor Loren Decker explained how their church took part in what they called “We Love You Middleboro”. For weeks in advance they engaged in powerful prayer preparations, and on Sundays during the entire month of June they took a special offering which was earmarked for giving away to bless Middleboro and show the love of Jesus on SERVEday17. On July 15th they split up into teams to work on three different projects between 9:00 and 11:00 a.m., followed by a cookout from 11:30 a.m. to 1:30 p.m. for all those who had volunteered.

“The first team spread out into the neighborhoods and visited downtown to bless people at the laundromats and gas stations by purchasing gas and paying laundry bills. The team also bought groceries in the local markets and coffee for folks in line at the cafes,” Pastor Loren stated.

“Another team went to a local nursing home armed with flowers for each resident and Bibles. The team played some songs, prayed with the residents, played games, and just visited with folks,” he said.

“The last team went and picked up bags and bags of trash around town. Everywhere we went we brought a blessing – and received the same,” Decker added. 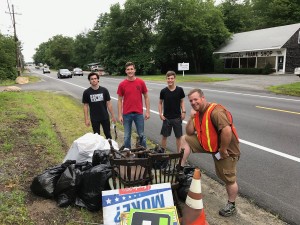 Asked how he personally participated, Pastor Loren told how he took his family with him to buy people gas at the gas stations and pay people’s laundry bill. “We went to the home of a recently widowed young mother and were able to encourage her by filling her tank with gas. We made plans for how to continue to help her in the future.”

Decker reported that the next morning at their 10:00 a. m. service, they had some visitors in church who had been touched by the day and wanted to see what they were all about.

To find out how your church can get involved, contact SERVEday through Polly at pollybodjanac@gmail.com or call Pastor Loren Decker at LifeHouse Church, 508/947-8002. Learn more about Lifehouse church at lifehousechurchne.com.

“Only fear the Lord, and serve him in truth with all your heart: for consider how great things he hath done for you.” (I Samuel 11:24).