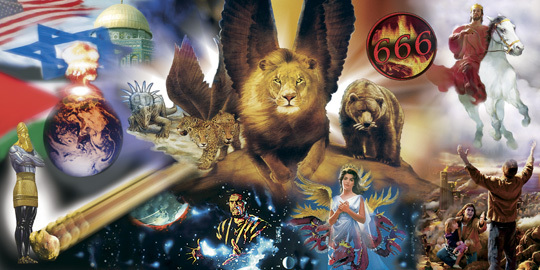 Christians of all stripes and persuasions believe in the return of Christ, nuances of prophetic interpretation notwithstanding. Furthermore, personal interpretations of prophecy are NOT fundamental to our salvation or our service to God. One will find faithful and unfaithful believers at every point along the prophecy spectrum.

That said, after more than four decades of pastoring, it is my firm conviction that the obsession with Bible prophecy demonstrated by a host of professing Christians today is one of our country’s BIGGEST problems. On the whole, obsession with prophecy either takes those obsessed completely out of the freedom fight or it actually puts them on the side of those who are trying to usurp our liberties.

For some (especially those who believe in a “pre-tribulation Rapture”), prophecy has mostly turned them into indifferent, apathetic facilitators of tyranny. They say things like “This is all predicted in the Bible, so there’s nothing we can do about it” or “Jesus is coming soon, and I won’t be around to see it, so I’m not worrying about it” or “Since this is all part of prophecy, we should not even try to resist, because to resist is to interfere with God” and similar nonsensical, asinine statements.

Others see all kinds of self-interpreted “signs” proving whatever they WANT to believe in order to convince people that their prophetic predilections are superior to everyone else’s for the purpose of exalting their own hyperinflated, super-spiritual egos. In other words, these particular folks are living in their own self-created fantasy world that renders them absolutely worthless–or even detrimental–to the freedom fight.

Still others are so jaded in their prophetic infatuation with the modern state of Israel that they interpret everything through the dark lenses of misguided obfuscation to the point that they are unable to see events clearly and accurately, which makes them prone to the manipulations of Neocons and other enemies of freedom.

People have been interpreting Bible prophecy to suit their own fancies for over 2,000 years. The fact is, no one knows exactly how and when the events surrounding Christ’s return will take place. NO ONE. I don’t care how “smart” and “knowledgeable” they think they are on the subject. THEY DON’T KNOW.

But in the meantime, their inflated opinions of their own brilliance mostly serve to make them totally indifferent to the loss of liberty or even actively supportive of the forces that are trying to usurp our God-given liberties. Either way, freedom loses.

The first question the disciples asked our Lord after His resurrection from the dead concerned prophecy: “When they therefore were come together, they asked of him, saying, Lord, wilt thou at this time restore again the kingdom to Israel?” (Acts 1:6)

Look carefully at Christ’s response to them: “It is not for you to know the times or the seasons, which the Father hath put in his own power.” (Acts 1:7)

Students of the scriptures have been studying “end time” prophecies since the completion of the canon of Scripture. And the interpretations have been, and still are, as varied as the people proffering them.

We could assemble the most brilliant apologists in the world for the various interpretations of Bible prophecy and let them present the reasons for their interpretations and each of them would be able to present a very coherent and convincing scriptural case for their position. And the fact is, the best any of them would be doing would be making a studied, educated GUESS at how it all MIGHT happen.

Come on! Get real, folks! Some of the smartest men of history have been making educated guesses regarding the return of Christ since the Apostle John finished writing the Book of The Revelation. Date setters have come and gone–along with the dates they set–for 2,000 years. And the educated guessers of today are no smarter than they were then.

Jesus wasn’t kidding around when He told the disciples (and us), “IT IS NOT FOR YOU TO KNOW.” The one thing that He did want us to know is that it is our duty to “Occupy till I come.” (Luke 19:13) Therefore, until Christ comes (whenever that is), we are to “occupy” or “take care of business.”

“Were America’s Founding Fathers scripturally justified in rebelling against the British Crown?”

Unfortunately, the preoccupation and obsession with Bible prophecy has diverted people’s attention away from the business at hand. So many, many Christians have become so heavenly minded that they are no earthly good. And pastors and preachers are mostly to blame. They spiritualize everything to the point that they have rendered the scriptures of NO practical relevance whatsoever.

Talk to the average Christian about his or her duty to their country, and they immediately zone out into a trance and start regurgitating hackneyed clichés about how “God is in control” and we are not supposed to be concerned about it because it’s not a “spiritual” issue or how they are going to be “raptured” to heaven and escape all of the bad stuff, etc. Furthermore, to the average pastor, duty to country amounts to nothing more than some nonsensical drivel about mindless submission to government. It seems to most pastors (well, American pastors anyway) government is GOD. Romans 13 is the only Scripture they know to cite–and they grossly misinterpret it to boot. To most pastors, the stories of Daniel, the three Hebrew children, the judges of Israel, David and Saul, Christ and the Pharisees, the early church and the Judaizers, etc., are of NO practical consequence to life today. 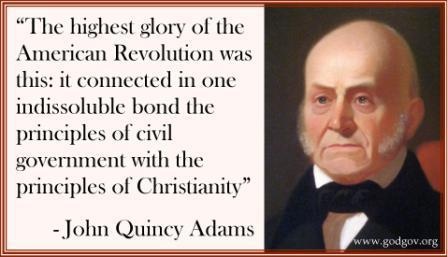 for an answer to that question. You might be shocked at just how many pastors actually believe our Founding Fathers sinned by rebelling against the government of Great Britain.

Yet in pulpits all over America, pastors lead their churches in celebrating Independence Day on or around each July 4th. They wave the flag, sing patriotic songs, and get up and talk about how thankful they are to live in a free nation. But wait a minute! This country they are celebrating is a nation birthed in rebellion. If these pastors believe our founders were unjustified before God in fighting that war for independence, how dare they turn around and celebrate the victory of an act that they claim to find sinful? Talk about hypocrisy!

And guess what the most consistent common denominator is for all of the above? You guessed it: Bible prophecy. It is no hyperbole to suggest that the more people obsess over Bible prophecy, the more the devil likes it. Why? Because for the most part the obsession and preoccupation with Bible prophecy takes a majority of Christians completely out of the freedom fight. On the whole, churches stopped being the “salt of the earth” decades ago. If you want a freedom fighter in the foxhole with you, you will largely need to look somewhere besides the average pastor and church. 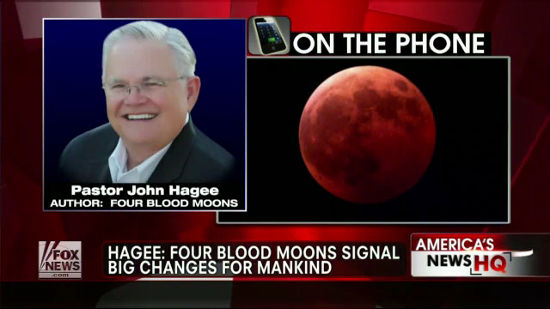 Study prophecy all you want, but if doing so puts you on the wrong side of liberty, it only fulfills the purposes of Satan, not God.