On International Holocaust Day, Community Protests RI Board Of Rabbis 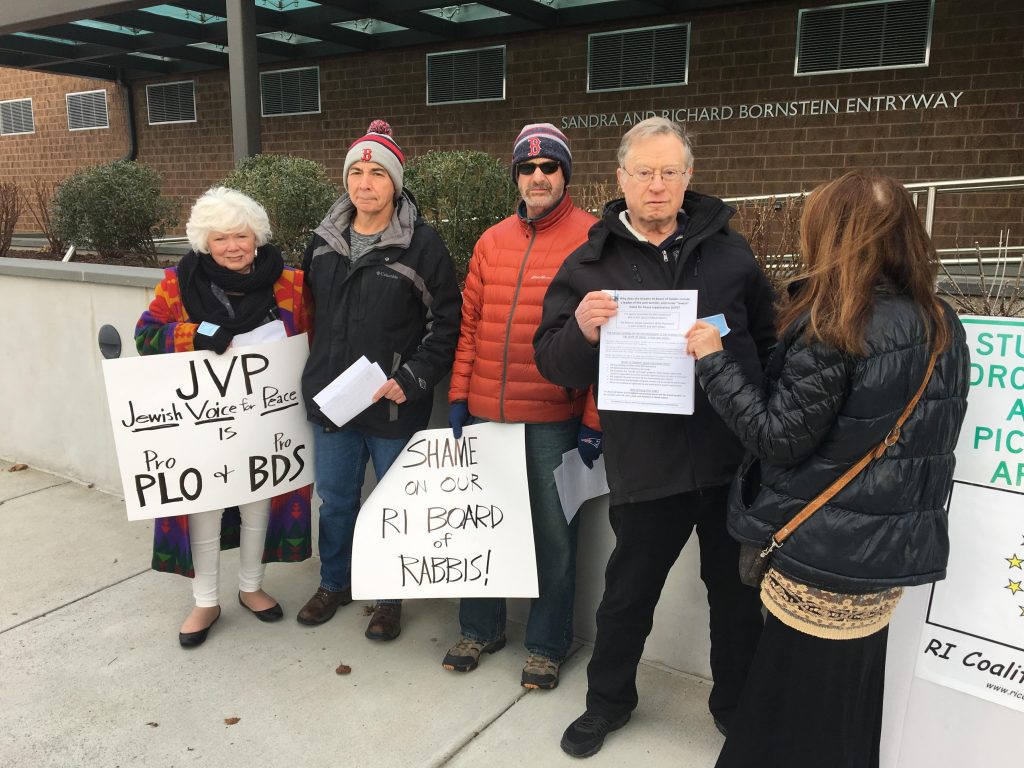 On Sunday Jan 27, a half-dozen activists from Rhode Island Coalition for Israel protested outside the Dwares Jewish Community Center in Providence, home to the Jewish Alliance of RI and the Greater RI Board of Rabbis. Braving the chilly afternoon weather, they approached community members entering and leaving the facility in order to alert them to a situation to which they object: the seating of a national leader of Jewish Voice for Peace (JVP) as a member of the Board of Rabbis.

The reason, according to RICI Executive Director Howard Brown, is that “JVP is a radical fringe group that advocates for the destruction of Israel. The RI Board of Rabbis and the Jewish Alliance of RI have abandoned their responsibility to protect Israel and the Jewish people and instead opted to be champions of the progressive ideal of ‘inclusion’. In doing so they have opened the door to increased anti-Semitism in Rhode Island, such as the dangerous blood libel spread by JVP that Israel and the Jewish people are responsible for police brutality in America against minorities.

“We have called on them repeatedly to draw a red line where JVP is concerned. The Alliance has gone so far as to refuse to print Op-Eds and print ads about this issue,” said Brown. “Today, International Holocaust Remembrance Day, reminds us of the fate of Jews whose leadership fails to protect us. The community will not back down. This is the true meaning of the saying, ‘Never Again'”.

Find additional in formation at www.ricoalitionforisrael.org