By Rosalba O’Brien and Teresa Cespedes

Discussions between the 21 members of the Asia-Pacific Economic Cooperation (APEC) summit will be dominated by fears of rising anti-globalization sentiment in the West, where many worry about losing jobs to low-wage economies, and China’s burgeoning role in global trade. 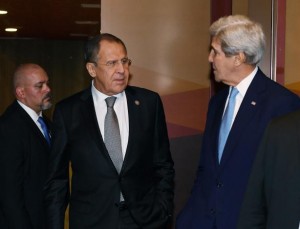 “The leaders will meet on Sunday and the first thing will be this very issue (anti-globalization),” Alan Bollard, the APEC secretariat’s executive director, told Reuters in an interview on Thursday.

While campaigning, President-elect Trump had labeled the TPP “a disaster” and his populist stance on trade issues in some ways echoed sentiments heard in Britain, when it voted in June to quit the European Union.

Though Obama championed the TPP, his administration has stopped trying to win congressional approval for the deal that was signed by 12 economies in the Americas and Asia-Pacific, but excluded China.

Despite Trump’s antipathy toward the TPP, Bollard said it was premature to write it off, but he expected it to be shelved “for a year or so.”