Bishop Bobby Davis, pastor of the Miracle Faith World Outreach Church in Bridgeport, Connecticut, dropped dead in church after his wife confronted him publicly about an infidelity in his past.

Bishop Davis, pastor of the church since its founding in 1967, was pronounced dead at Bridgeport Hospital. He and his wife, Christine, celebrated their 50th wedding anniversary last June. Bobby was a repeat guest on Trinity Broadcasting and also spoke at Promise Keepers seminars. 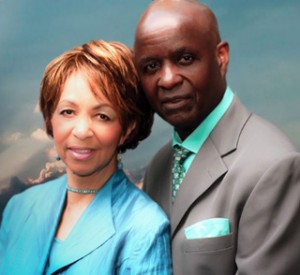 “After the service on Sunday the bishop’s family asked us to remain in the church and the bishop confessed to us something that happened long ago,” Judy Stovall, an elder of the church, told the Connecticut Post. “He wanted to come clean with all of us. He wanted to ask our forgiveness.”

“We were shouting, ‘We forgive you, we love you.’ But the stress of all of it — he had a heart attack,” Stovall said. “I held his head as he lay on the floor. … Our congregation is hurting now.”

The Christian Post reported a slightly different version of the incident, based on a congregant who wished to remain anonymous.

“He (Bishop Davis) had confessed it (infidelity) personally to his wife prior to the service, and she called a meeting after church with just the members and the members stayed. He wasn’t there at the time; he was somewhere else apparently. Neither of them were in the service that morning. They had one of their pastors do the service”, according to the source.

“From what I was told, she (Christine Davis) told the congregation what he had done. And so, when he comes through the door he had no idea what he was walking into. So it wasn’t even, ‘We’re gonna make an announcement today,’ in a unified way as a couple,” the source noted.

“I’m told that when he walked through the door she basically told him, ‘Tell them what you just told me,’ which is what induced the heart attack, because it’s not like he was walking into it knowing,” the source told the Christian Post.