“At last I am choosing to serve in that role with full authenticity and as my genuine self—as a woman who loves and shares my life with another woman.”

Those were the words of Cynthia Meyer, a pastor at Edgerton United Methodist Church, who decided to make her first sermon of 2016 a coming out party. Meyer, 53, has been an ordained UM pastor for 25 years.

“My decision to speak out and do that through a sermon for my congregation came long before the ‘It’s Time’ campaign,” Meyer told United Methodist News Service. “I’d say it’s been a calling on my heart for quite some time.” 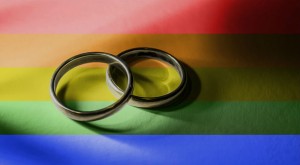 Reconciling Ministries Network, a group working for full participation of people of all sexual orientations and gender identities in the life of the UM church, launched the “It’s Time” campaign in December. The campaign kicked off by partnering with documentary filmmakers who produced An Act of Love, the story of Frank Schaefer. Schaefer was defrocked in 2013 for officiating his son’s same-sex wedding and later reinstated.

“I’m a woman of God sharing my life with another Jesus-following woman. We, like you, are made in God’s image. Jesus Loves Me, This I Know. I’m lifting my voice. It’s time for the UMC to illumine its brighter heritage and its claim: “Open Hearts, Open Minds, Open Doors.”  Make it true! It’s well past time,” she wrote in a blog post on the Reconciling Ministries Network site.

“Some who have been biding our time now proclaim our truth,” she continued. “We’re done being victims of an unfaithful system. Now we’re activists for the redemption of the UMC, for the love of all God’s beloved children, for the love of God. It’s my time now. Forty years I prepared, pondered, prayed and wandered.”

Meyer could be banned from the congregation, but she has decided to risk her credentials and her career to, as she puts it, “keep faith with the church by challenging it to keep faith with the gospel.” She says she’s offering herself for this cause and God is well-pleased. She says it’s time for gospel followers to stride forth from desert gloom to Promised Land, to reclaim full, equal regard in church and in ministry.

Since 1972, the UMC’s Book of Discipline has declared that practicing homosexuality is not compatible with Christian teaching. Coming out as gay like Meyer did or officiating a same-sex wedding like Schaefer did typically leads to a church trial and defrocking. This rising “It’s Time” movement in the UMC is working to overthrow the denomination’s history and change the church’s stance on homosexuality at the May convention in Portland later this year.

But conservative Methodists aren’t bowing. In an open letter, they wrote: “We simply cannot abandon the Bible’s teachings on the practice of homosexuality and same-sex marriage. Your proposal would put us, who believe that same-sex relations are sinful, in the position of having to deny our consciences. This new policy is simply asking us to do something we cannot do.”

Saints, we’re seeing 1 Timothy 4:1 playing out right before our very eyes. It’s called the Great Apostasy and it’s well underway. By the inspiration of the Holy Spirit, Paul wrote: “Now the Spirit clearly says that in the last times some will depart from the faith and pay attention to seducing spirits and doctrines of devils.”

Back in 2012, I wrote an article titled “Is the Great Falling Away Already Underway?” In it, I explained that some have indeed departed from the faith because they have engaged with deceiving spirits and embraced doctrines of demons. We’ve witnessed more than one man of God with a major ministry platform bow a knee to doctrines such as universalism, deceiving and being deceived with this deadly heresy. Despite many in the church lifting their voice against heretical teachings, these deceived ministers hold fast to their demonic doctrine.