Pastor’s son lived with a drag queen, but God’s truth led him out of gay lifestyle

George Carneal as a young person

His father was a Southern Baptist minister with Elvis sideburns. As the oldest of four, he dutifully attended church with his family in Tennessee.

“Around the age of seven I felt a leading to give my life to Jesus,” George Carneal recounts in his book, From Queer to Christ: My Journey Into the Light. After professing his faith in front of the congregation, his father baptized him.

Shy and effeminate, by fourth grade he was already being called names at school like “sissy,” “queer,” and “faggot.” He was picked last for sports teams. He preferred to hang out with the girls and jump rope or play jacks.

As he got older, bullying became a constant. “I even got teased about the way I walked and carried my books (close to my chest).” School became a matter of survival for him.

In high school Carneal dated a few girls, but shied away from any attempt at romantic intimacy. “My attraction was toward boys,” he admits, “but I didn’t understand why.”

After graduation, he had his first relationship with another young gay man. After the two had dinner together for the first time, he was asked, “Are you gay?”

“Yes, I guess I am,” he replied, his head spinning with the implications.

As he came to grips with his feelings, his father went through a crisis at church and was voted down by the congregation and forced to resign.

In response, Carneal walked outside, looked up at the sky, and told God he hated him. Why would Christians do this to my dad? he wondered. From that moment on, he decided to stay away from church and he went headlong into the gay lifestyle.

“Over two years had passed before my father was called to pastor a church in Kentucky,” he notes. “I decided to stay in Florida and moved in with a drag queen, Sam, and his partner.”

In Fort Lauderdale, he worked three part-time jobs trying to make ends meet. “I lived off cigarettes, pizza and baloney sandwiches,” he says. “Fed up with being broke, I decided to visit a known hustler bar to see if I could make some extra money.”

Working as a male prostitute, things sometimes got rough and even violent. One night as he was walking with friends toward a well-know gay bar, The Copa, God’s voice broke through.

“It felt like the volume of everything else around me was suddenly lowered and I clearly heard these words whispered in my ear: If you were to die tonight would you go to hell?

Shaken, Carneal didn’t tell his friends, but he decided he would try to ignore the voice. Inwardly, a sense of angst was gnawing at his soul.

“I was open to trying anything for excitement and looking to fill the void inside, only to find everything was unfulfilling,” he recounts. “I had been struggling with depression and couldn’t mask the pain with drugs and alcohol any longer.”

He thought about suicide one night – and even held a bottle of pills in his hand – but decided not to go through with it.

Remarkably, his father — prompted by the Holy Spirit — called his son the very next day. “I was rarely in contact with my family anymore. It was strange when my father called me out of the blue. He said it was time for me to come home and I didn’t even argue.”

When he returned home, he finally confessed to his family he was gay. “My father didn’t approve of homosexuality at all but didn’t react in a negative way. He didn’t seem to want to talk about it and I decided not to push the issue because I sensed that he was uncomfortable with the news.

“I’m thankful my family didn’t disown or kick me out of the house,” he notes. “I knew my family loved me.”

An old family friend named Beth helped Carneal secure a government data entry job in Clarksville, Tennessee. He moved in with Beth’s family and started attending church with them.

Carneal re-dedicated his life to Christ and was baptized again. “I didn’t know how to mesh my sexuality with my spirituality, but I knew I wanted to please God,” he admits.

“I thanked God for giving me what I longed for: peace. Surely this time would be different. My hope was short-lived because I still struggled with homosexuality.”

Carneal continued going to bars, looking for love. His depression lingered and thoughts of suicide intensified. He decided to move to L.A. with a friend named Paul and landed a job with A&M Records in Hollywood. At A&M he met Donny Osmond, his childhood idol, and got his autograph.

“During this time, I longed to be in church. I felt so empty, like something was missing. I had a deep desire for God but felt God had no desire for me because I was homosexual.

“Paul and I considered ourselves a couple but intimacy was difficult because I believed homosexuality was a sin. The constant struggle between my faith and my homosexuality was exhausting and a form of mental torture…many days I would lay in bed and cry.”

Carneal began to attend a church in North Hollywood that espoused a gay-friendly theology. Their interpretation of Scripture left him confused. “On numerous occasions I would pour my heart out to God, with deep, guttural, sobbing pleas for Him to give me peace about the issue. I didn’t know what to believe.”

When his father came out for a visit he took him to visit the gay church. It proved to be a mistake that led to a “huge blowout,” with his father insisting that homosexuality was wrong.

After the fight, Carneal launched a renewed search for meaning that led him to the Self-Realizaton Temple in Hollywood, founded by Yogananda. At the temple, he noticed photos of gurus lining the front wall – including a representation of Jesus in the middle. After Carneal rejected reincarnation as a “cruel joke” he was still determined to avoid Christians.

One night he drove to a Christian bookstore to see if he could find a book about suicide from a biblical perspective. Carneal’s fear of hell had kept him from following through with his self-destructive impulses. When he couldn’t find a book on the subject, he sat down on the floor and began to cry.

“At that point in my life, I lived in a place by the beach, worked in Beverly Hills, traveled to various destinations around the world, drove a fancy car, and met countless politicians, celebrities, and rock stars,” he recounts.

“I’d spent years in the clubs enjoying drugs and sexual encounters with hundreds of guys. To some, it might have appeared like I had it all, but honestly, on the inside I was in despair, broken, and suicidal.”

But in the depths of suicidal despair, his father – once again prompted by the Holy Spirit – called his son after they had not spoken in four years. Carneal broke down on the phone and told his father he needed him.

Later he flew home and had some meaningful conversations with his family. “I finally understood my father’s lack of approval regarding my homosexuality wasn’t a personal attack on me. He was concerned about my relationship with God, my salvation, and where I would spend eternity. I got it. He loved me!”

Carneal went back to church, re-dedicated his life to Christ again, and was baptized once more.

Standing on the Truth

He reached an important moment of recognition. “I had to stop fighting God. When I truly surrendered to His will, not my will, I noticed a change happening in my life. This sent me on an eight-year journey in which God had to “clean house,” deprogram my mind of the lies I absorbed about Him from toxic Christians, and open my eyes to the deception of the “homosexual lifestyle.”

Carneal realized his craving for love from a male figure had been as addictive as drugs and alcohol. 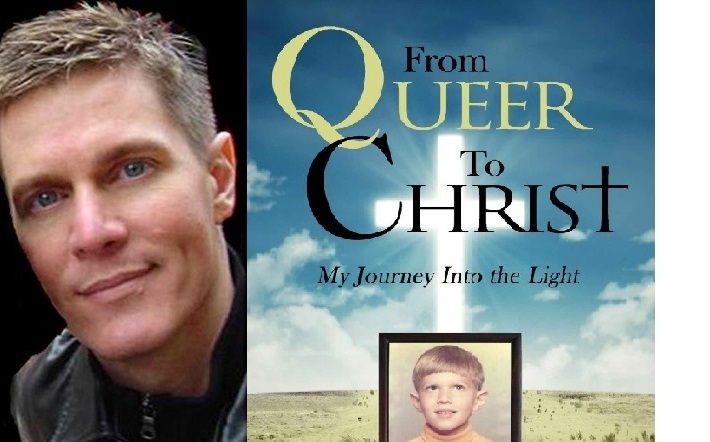 “God was patient; He knew healing and wholeness had to come first in order for me to finally have the strength to walk away from my former life. God graciously delivered me from a sexual addiction. My same-sex attraction hasn’t changed, but it no longer controls me. I have chosen the path of celibacy.”

Carneal ultimately rejected gay theology. “As hard as I tried to reconcile the arguments in favor of homosexuality, even same-sex marriage, I could not, in good conscience, ignore God’s truth any longer.”

“Encouraging a homosexual to remain in this life is encouraging further enslavement into a life that is in rebellion to God,” he says.

“I am no longer tormented by my past. I gave it to God, repented, asked for forgiveness, and the matter is settled with God. I am not only at peace with God but I am finally at peace with myself.

“Praise God! My identity is in Christ, not my sexuality.”