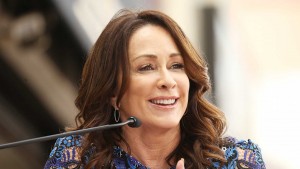 Emmy Award-winning actress Patricia Heaton is speaking out against CBS News for lauding a report out of Iceland that says the country is “eradicating Down syndrome” by aborting 100 percent of babies who had an in-utero diagnosis of Down syndrome.

On Twitter, CBS promoted their report: “What kind of society do you want to live in?”: Inside the country where Down syndrome is disappearing” which prompted Heaton, an honorary chair of the organization Feminists for Life, to publicly respond.

“Iceland is on pace to virtually eliminate Down syndrome through abortion,” a tweet from the CBS account stated Monday.

Heaton, who currently stars on “The Middle,” didn’t agree with the terminology that CBS used in their tweet and responded by saying, “Iceland isn’t actually eliminating Down syndrome. They’re just killing everybody that has it,” Heaton wrote. “Big difference. #Downsyndrome #abortion.”

The CBS report notes that women in Iceland are given the option to undergo government-approved prenatal testing to find out if their baby is likely to be born with Down syndrome. If the test comes back positive, women are then given the option to terminate their pregnancies.

According to CBS, Landspitali University Hospital in Reykjavik, Iceland, says an estimated 80 to 85 percent of pregnant women opt to have a prenatal screening to find out if their child is likely to have Down syndrome. Nearly 100 percent of mothers whose babies test positive then decide to have an abortion.

“Since prenatal screening tests were introduced in Iceland in the early 2000s, the vast majority of women — close to 100 percent — who received a positive test for Down syndrome terminated their pregnancy,” CBS reports.

After viewing Heaton’s response to CBS, a number of people thanked the actress for standing up for children with Down syndrome. However, she also retweeted a message from somebody opposing her decision to speak out against abortion.

“Icelandic women / prospective parents have this choice. It is their business and nobody else’s. Cheers from Iceland,” one person opposing Heaton’s views tweeted, to which the actress responded, “‘Any man’s death diminishes me, because I am involved in mankind. Ask not for whom the bell tolls; it tolls for thee’ John Donne.”

When it comes to the issue of abortion, the pro-life Roman Catholic actress previously told The Blaze why she feels the need to be vocal.

She went on to add, “in the Hollywood community, I’m the only one I know who says anything about it. I feel like I’m supposed to.”

Alexandra Desanctis who writes for the National Review wrote in an op-ed that what is happening in Iceland “isn’t progress” but “eugenics.”

“But Iceland isn’t ‘eliminating Down syndrome’ at all. It’s eliminating people,” she wrote. “The callous tone of the [CBS] piece makes selective abortion sound like a technological innovation rather than what it really is: the intentional targeting of ‘unfit’ persons for total elimination.”

“What kind of culture does it require to foster such a mindset, to foster a society in which nearly every mother of a Down syndrome child chooses to abort?” Desanctis asked.