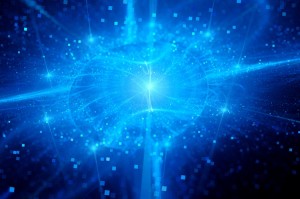 (WNS)–European scientists have figured out a way to measure the energy level of antimatter, a discovery they hope will help solve some of the mysteries surrounding the beginning of the universe.

Until now, it has been incredibly difficult to create antimatter and retain it for any extended period of time because antimatter and matter annihilate each other when they come into contact.

Scientists have attempted to explain the mystery of how matter particles survived in the beginning by developing a theory of particle imbalance right after the Big Bang. According to that theory, the initial explosion created more matter than antimatter. Such an imbalance would have meant that even after the matter and antimatter particles destroyed each other, enough matter would have remained to form the universe.

But scientists have no way to explain what could have caused that imbalance.

“Something happened, some small asymmetry that led some of the matter to survive, and we simply have no good idea that explains that right now,” Jeffrey Hangst, a physicist at CERN, the European Organization for Nuclear Research particle physics lab outside Geneva, told NPR. Hangst and his team published the results of their study in the Dec. 19, 2016, issue of Nature.

Astronomer and researcher Danny Falkner doesn’t see the imbalance as a dilemma.

“Of course, the asymmetry between matter and antimatter is not a problem if God created the universe as Genesis 1 says that He did,” Falkner wrote on the Answers in Genesis blog. “This is because God created everything with purpose, and it obviously suited His purpose to create a matter-dominate universe.”

According to Brian Miller, research coordinator for Discovery Institute’s Center for Science and Culture, the mystery of an imbalance of matter in the beginning is just another sign of the razor-edge fine-tuning all around us that points to the existence of a creator. If the universe started with too little matter, it would have been destroyed by antimatter, and if it had just a little too much matter, the mass density of the universe would have been too large for the right formation of elements.

“The fact that all the details are just right for life when almost any other set of laws of physics would have produced a universe that couldn’t support life strongly suggests that there is a creator who designed those laws specifically with life in mind,” Miller said.