Pop star’s journey to hell and back

Leeds, UK (ANS) – A British 70s pop star’s suicide bid went awry when he landed on his feet – quite literally – as he battled in vain to beat the booze!

A distraught John Gaughan jumped out of the third-story window of his Leeds home onto the concrete below – and miraculously survived, though with severe injuries. 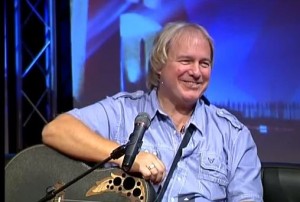 As he was recovering, he called out to God for help – and Jesus came knocking at his door!

“Well, the man was gentle and concerned, and it was just as if he had heard my prayer,” recalled the 63-year-old musician who was once part of supergroup Herman’s Hermits, but is now a pastor also singing and recording songs of praise.

“I suppose he was more of a Good Samaritan; a concerned neighbor. He also happened to be an elder of a nearby Elim Pentecostal church who, in response to a prompting he felt from God, called in to see if I was alright.

“That was the beginning of a long road to healing and freedom. I went to his church and gave my life to the Lord, but I had many setbacks. I had tried to kick the booze for some time prior to my conversion, but it had proved impossible so far. 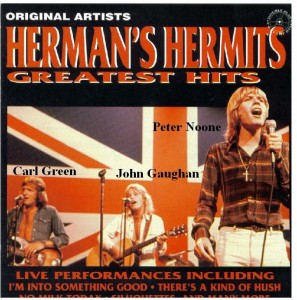 “I had started off as a teenage tippler and was pretty much addicted by the time my career took off when I was just 19. Friends frogmarched me to a talent contest – when I should have been working – and I got spotted.

“I duly signed up for a series of record deals, including a contract with Roger Cook and Roger Greenaway – leading singer-songwriters of the time. I even joined Herman’s Hermits for a brief period, playing with them on an American tour in the early 70s which included a gig at Madison Square Garden in New York. I am actually on the cover of the live album recorded there.

“I also worked as a solo artist – under the name Bobby Moonshine for a time – but alcohol proved a major obstacle to my progress, and I failed to capitalize on opportunities as a result.

“My new Christian life was also initially hampered by the control it had on me. Then I was introduced to a lady evangelist who, through a “word of knowledge” (a gift of the Holy Spirit mentioned in the New Testament – 1 Corinthians 12.8), told me that my addiction was the result of a generational curse inherited from my grandfather.

“I was confused by this at first because the grandfather I knew had no such problem. But I later discovered that he was in fact my step-granddad, and that my real granddad, whom I had never known as he had died prematurely, did indeed have a severe drink problem.

“The evangelist duly prayed into this situation and, in Jesus’ name, cut me off from the curse. I felt an immediate cleansing, and was healed right then and there! I’ve not touched a drop of the hard stuff since.

“There’s so much more to my story (I have written a book with Charles, and we are looking for a suitable publisher). I have been to hell and back. But now I’ve had a touch from heaven and God has met my needs in so many ways – financially, emotionally and otherwise. It’s such a privilege to serve my Lord, especially as a pastor myself now.”

John was ordained into the evangelical offshoot of the Episcopal (Anglican) Church in the USA, but has nevertheless stuck to his Yorkshire roots as pastor of the Congregational Church in Driffield, East Yorkshire.

Once belting out hits such as I’m into something good (when all was not so rosy), John now writes, sings and records gospel songs to the God who saved him.