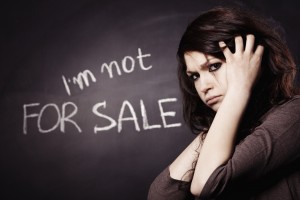 But I say to you that whoever looks at a woman to lust for her has already committed adultery with her in his heart. Mathew 5:28

Since being involved in the cause to end sex trafficking, I have learned that men who engage in pornography, often are led to engage in the acts that they have seen via media. These men are often led to purchase sex (considered “johns”). This is what we call DEMAND and because there is demand, sex traffickers have cause to SUPPLY the “merchandise” – our daughters,  sons, nieces, sisters, brothers and grandchildren. The johns are primarily found to be men of different races and economic status; family men and bachelors, Christian men and non-believers, men from different walks of life. 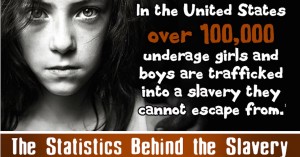 Carl’s story also brought to memory my girlfriend’s father. A few years back Debbie’s father had a nervous breakdown and had to be hospitalized. The root cause was that he had been addicted to pornography for the entire 30 years that he was in ministry and he was an elder in his church. One day he had a meltdown when he questioned how God could love him or use him to minister to others when he had engaged in this secret sin.

Like Carl, Ted Bundy also grew up in a Christian home with both parents. Bundy is the infamous serial killer who raped and murdered young women and girls in the 1970’s. In an interview with Dr. James Dobson, Bundy admitted to viewing pornography which began as a teenager. He stated that like an addiction, he was driven to acquire a greater thrill, which led him to act out the violent sexual fantasies that he viewed in magazines and videos. He also stated that many of the fellow rapists he met in prison admitted to the very same behaviors. 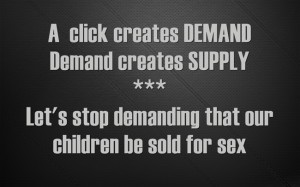 Pornography not only affected me as a child, but also as an adult. When my son was 12 years old I had let him borrow my new lap top. I had a parental program on the home desk-top computer, but not on my lap top. My son had been viewing sites linked to football and clicked on a pop-up window that had been blinking on the right side of the screen. It led him to pornography videos (unbeknownst to me). Later when I viewed the history, I was assaulted and horrified at videos of live footage with titles such as “Mother and Son,” and “Gang Rape.” There is a very good chance that these were not actors, but that of true, real-life people. There is also a very good chance that the women/girls (and boy) were actually sex slaves, who were forced or coerced (and most likely drugged) into these pornographic acts. After I viewed these videos, which were literally only seconds, I had those images in my mind for at least 2 weeks afterwards.  As each unwelcomed memory flashed before my mind, I became sickened with the thought that my 12 year old son was also seeing them in his mind’s eye. 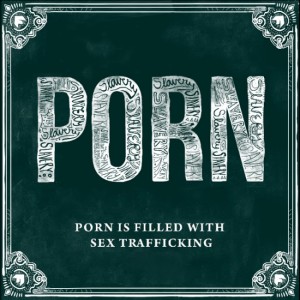 Most recently, I learned of a story from a woman whom I came to know and love while facilitating a healing workshop for survivors of sexual abuse. Cindy shared with the group that her father not only viewed pornography, but also produced it with his daughters and their girlfriends as his subjects. Decades later, Cindy was still experiencing the damaging effects of her father’s sexual addiction, but working hard to receive healing and to overcome the childhood trauma she endured.

All of these true stories give evidence that pornography is not harmless as many believe. Countless studies have been conducted that confirm its harmful effects. It is not a tool for fathers to help their sons become men, nor is it a tool to enhance the romance in a relationship. Pornography is like a drug.

Dr. Daniel Amen, a renowned neurologist has done studies on the brain that prove that pornography affects the brain in very much the same way as drugs such as heroin. Like drugs, pornography is addictive and destroys lives. Pornography is known to lead to sex acts such as rape, molestation, incest and buying sex. Pornography objectifies women, men, girls and boys. Pornography desensitizes. In fact some may think this is only a male problem. According to a study published in the Journal of Adolescent Research, about half (49 percent) of young adult women agree that viewing pornography is an acceptable way of expressing one’s sexuality.

If you or someone you know would like help with overcoming a sexual addiction, please consider contacting the Nathan Project. Co-Founder Rick Kardos and his team train leaders to facilitate FMO “For Men Only” groups in churches/men’s groups. He is also available to speak at conferences and men’s ministry meetings. Rick’s wife Vicki (co-founder) trains women to facilitate FWO “For Women Only” support groups for spouses. Nathan Project is located in New Hampshire, but their support groups are located throughout the US. You may have a group in your area, if not, you can get one started with their help. I encourage pastors and ministry leaders to create a safe environment and to start talking about the topic of sexual addiction. I also encourage them to offer books in their media libraries and curricula on overcoming sexual addiction. Below is a list of resources.

Names in this article have been changed to protect identities. Holly Otten is founder of Tin Man Ministries whose mission is to promote healing for survivors of sexual abuse and advocate for victims of the sex trafficking trade. www.tinmanministries.com

Hooked by Joe McIlhaney (good for parents with teens)

Your Sexually Addicted Spouse by Barbara Steffens and Marsha Means