(CD) — Android and iPhone users may be under the impression that Google is not tracking their location data if they’ve turned off “Location History” on their devices.

After all, the Google support page says, “With Location History off, the places you go are no longer stored.”

But a new Associated Press investigation showed how that is not really the case. Some Google apps still automatically collect users’ location markers—information it can use to benefit its advertising revenue. To wit:

Google stores a snapshot of where you are when you merely open its Maps app. Automatic daily weather updates on Android phones pinpoint roughly where you are. And some searches that have nothing to do with location, like “chocolate chip cookies,” or “kids science kits,” pinpoint your precise latitude and longitude—accurate to the square foot—and save it to your Google account. 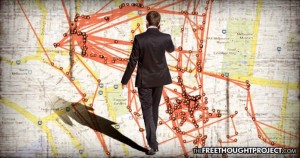 The problem lies with “Web & App Activity” setting, which is on by default, and “stores a variety of information from Google apps and websites to your Google account.” This information is stored under “My Activity.”

To illustrate the location data still collected when a user’s Location History is paused but the “Web & App Activity” setting is still on, AP displayed a map of locations visited by a Princeton postdoctoral researcher and Android user over a several-day period based on data that was still saved to his Google account.

Getting rid of those location markers, AP reported, is “a painstaking process.” Although users can find them at myactivity.google.com, “they’re typically scattered under several different headers, many of which are unrelated to location,” AP reported.

The new investigation comes a month after House Republicans sent a letter to Larry Page, the chief executive of Google’s parent company, Alphabet, as well as Apple CEO Tim Cook, about their privacy practices, including location tracking.

“If you’re going to allow users to turn off something called ‘Location History,’ then all the places where you maintain location history should be turned off,” Jonathan Mayer, a Princeton computer scientist and former chief technologist for the Federal Communications Commission’s enforcement bureau, told AP.  “That seems like a pretty straightforward position to have.”