It was announced this week that 7th graders in Rhode Island would be required to have the Gardasil HPV vaccine as a requirement for attending school. The Providence Journal reports:

Starting this fall, seventh-graders in all public and private schools will be required to get a vaccine that protects against a sexually transmitted virus linked to various genital cancers, especially cervical cancer in women. Students who fail to get the vaccine for HPV — or the human papillomavirus — will be precluded from attending school unless their parents seek an exemption for medical or religious reasons.

The HPV vaccine has become very controversial, particularly outside of the United States, due to the large amount of injuries being attributed to the vaccine, and in some cases, also deaths.

Sadly, parents are generally not warned about the serious adverse reactions to the vaccine. 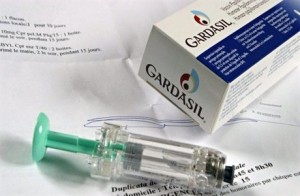 Locally, some parents are already agitating against the vaccine, saying it’s an intrusion by the government into private matters and that the vaccine’s side effects can be serious.
But Tricia Washburn, chief of the office of immunization for the Rhode Island Department of Health, said the vaccine has been thoroughly studied by the Centers for Disease Control, which monitors adverse outcomes, and no safety concerns were found.

The CDC has shown that they cannot be trusted for information on vaccine safety, due to a serious conflict of interest as they are the largest purchaser of vaccines in the world, buying billions of dollars worth of vaccines each year.

Countries outside of the U.S. have stopped recommending the vaccine, and launched investigations regarding the widespread reports of crippling vaccine injuries due to the HPV vaccine, such as the recent European Medicines Agency probe that just started a few weeks ago.

Risk of Infertility from HPV Vaccine

One of the most serious side effects being reported by those harmed by the HPV Gardasil vaccine is premature menopause, or what the medical community labels as “Primary Ovarian Failure.” This terrible side effect is well-documented in the medical literature.

Most people are also probably unaware that the U.S. Government earns royalties from the sale of Merck’s Gardasil vaccine. In November 2010, Dr. Eric Suba submitted a Freedom of Information Request to the Office of Government Information Services to discover the amount of money the U.S government earns from Merck’s sale of Gardasil. But apparently the government is immune from revealing those figures, they responded, “regarding royalties is protected from disclosure.”