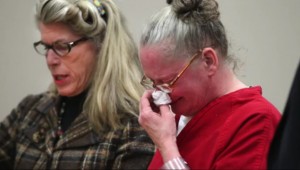 By Steve Orr and Gary Craig

For the first time, a New York appellate court has ruled that evidence once used to convict people in shaken-baby cases may no longer be scientifically valid.

The ruling, which came in the case of René Bailey, a Greece, NY woman convicted of causing the death of a child in 2001, has implications for a number of other people in state prisons for shaken-baby offenses. In this area alone, several dozen people have been convicted of murder or assault in such cases.

The appeals court decision, released Thursday, changes the legal landscape in New York for alleged shaken baby cases, said Brian Shiffrin, a local appellate lawyer who was not involved in the case.

“It makes it both easier for defense attorneys to argue the science and it puts the burden back on prosecutors to show there is evidence to support the theory of shaken baby syndrome,” said Shiffrin, who has handled appeals of shaken-baby convictions.

Bailey, who ran a home day-care center, was charged with second-degree murder after a 2½-year-old girl in her care died after suffering a head injury. Prosecutors accused Bailey of causing the child’s death by shaking or throwing her, and called medical experts who testified that the injury could only have been caused by the care-giver’s abuse.

Bailey, now 56, had been in state prison about nine years when a volunteer lawyer offered to take up her case. The lawyer, Adele Bernhard, was director of a law clinic for indigent defendants at Pace University in Westchester County.

Read the Full Article at democratandchronicle.com