Russian Fleet Sails for Final Blowout in Syria, Increasing Tension With the US

“Son of man, set your face toward Gog of the land of Magog, the prince of Rosh, Meshech and Tubal, and prophesy against him.” Ezekiel 38:2

Against a backdrop of increasing tension with the US, the Russian fleet passed through the English Channel on Friday en route to Syria in the country’s largest surface deployment since the end of the Cold War. The British Royal Navy is “man marking” the Russian fleet as it passes their shores, keeping a distance of about five miles in order to monitor it.

According to Western intelligence reports, Russian is sending its entire Northern Fleet and part of its Baltic Fleet, a total of eight warships including one aircraft carrier. The armada is sailing to the Mediterranean to reinforce the Russian military presence in Syria.

A senior NATO diplomat told the Telegraph, a major British news service, that the deployment was part of a renewed Russian attack in Aleppo. 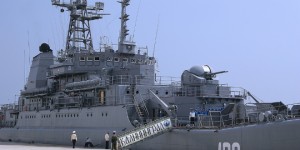 “They are deploying all of the Northern Fleet and much of the Baltic Fleet in the largest surface deployment since the end of the Cold War,” the diplomat said.

“This is not a friendly port call. In two weeks, we will see a crescendo of air attacks on Aleppo as part of Russia’s strategy to declare victory there.”

Russia and the United States are at odds in Syria, with Russia supporting Syrian President Bashar Assad and the US supporting anti-Assad rebels. Both countries have a military presence in the region, though Russia has a more substantial military commitment including advanced anti-air sysytems. Confrontations have already come close to sparking a multi-national conflict. In November, Turkey, a NATO member and American ally, shot down a Russian bomber over Syria, killing the Russian pilot and a rescue serviceman. War was averted through diplomatic negotiations. Russia initiated severe economic sanctions. 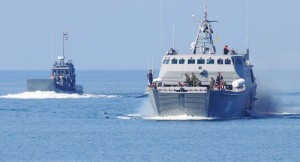 “We’re sending a message,” Biden warned. “We have the capacity to do it. It will be at the time of our choosing, and under the circumstances that will have the greatest impact.”

The vice-presidential threat comes as a result of claims  Russian  interfered with the American elections by launching cyber-attacks and hacking more than 100 Democratic Party officials and groups.

Russia is taking the cyber-threat seriously. Sergei Kislyak, the Russian ambassador to the US, told SCMagazineUK , an online news service for computer security professionals, that the US government has not yet provided proof that the cyber-attacks on the Democratic National Convention was perpetrated by Russia. Yuri Ushakov, the Russian presidential aide, told SCMagazineUK that Russia has already begun designing protective measures.

Ivan Beregovoy, a senior IT engineer of CyberZahita, a Russian developer of IT solutions, said to SCMagazineUK that the US is unlikely to conduct massive cyber-attacks on Russia’s critical infrastructure due to its own vulnerability to such attacks. The US is considered to have a higher level of vulnerability since its businesses and infrastructure are much more dependent on computerization than Russia.