(WNS)–Chris Boudreau, a grieving mother from Canada, traveled to Europe this last week to learn about ways to spare other families whose children risk the same fate as her son. Damian Clairmont died in January at age 22 while fighting for the jihadist group Jabhat al-Nusra in Syria. Clairmont, Boudreau said, converted to Islam to help him recover from depression after he attempted suicide when he was 17. He eventually told his mother he was leaving for Egypt to learn Arabic and study as an imam. 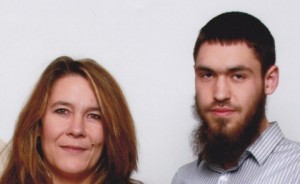 Two recent German initiatives could be helpful in keeping disaffected young men like Clairmont from entering Islamic terrorist groups. Clairmont’s story is not that rare. According to the International Centre for the Study of Radicalisation (ICSR) at King’s College London, jihadis in Syria have enticed as many as 11,000 recruits since 2011.

Wegweiser, German for “signpost,” and Hayat, Arabic for “life,” both run hotlines for the friends and family of radical Islamic converts. Boudreau met with counselors from the first group, which opened centers this April in three German cities with large Muslim populations. Social workers operating from these centers intervene when they spot radical recruiters talking to teenagers at playgrounds, football fields, or market squares.

The German state government in North Rhine-Westphalia launched Wegweiser in response to the local growth of Salafi Islam, a Sunni sect often prone to violence. Nearly one third of Germany’s 6,000 Salafi Muslims live in the state. As many as 240 Germans have linked up with terrorist cells in Syria, according to ICSR.

“Salafism is a lifestyle package for young people because it offers them social warmth, a simple black-and-white view of the world, recognition by their peer group–basically everything they lack in real life,” said Burkhard Freier, chief of North Rhine-Westphalia’s intelligence service.

Three staff members keep the phone lines open 24/7 at Hayat, which grew from founder Bernd Wagner’s work to rehabilitate neo-Nazis. “We saw a parallel between Islamism and the far right,” he said this week, noting the 528 right-wing extremists and dozens of violent Muslims his organizations have managed to help de-radicalize to date.

Wagner makes no mention of the God who is faithful and just to forgive confessed sins, but he seems at least to understand the power of confession. He told the Goethe Institute in 2012 about a crucial step for recovering neo-Nazis. “We take anyone, though it is important for people to be honest,” Wagner said. “They must also tell us about any criminal or shameful acts they have committed—that’s an absolute prerequisite.”

Anne Speckhard, author of Talking to Terrorists, spoke to the psychology of radical Islam in an interview with WORLD News Group. “It gives a course of action, it gives a rationale for revenge, and it gives an out,” she said, adding that jihadis tend to feel extreme calm and endorphin-driven euphoria after swearing to kill infidels or even themselves. “I call it short-term psychological first aid,” Speckhard said. She interviewed more than 400 detained terrorists in Iraq between 2005 and 2007.

Groups like Wegweiser and Hayat ought to be ready to criticize jihadi doctrine, said Speckhard, but understanding radical Islam as an emotional crutch for aimless men or depressed youth like Clairmont is equally important: “No one just adopts a militant ideology out of the blue.”

Angel Rabasa said it boils down to a sense of adventure for some extremist recruits. An expert on radical Islam at the RAND Corporation, he told WORLD about his friend who left Malaysia as a young man to fight with Afghan jihadis against the Soviets. The friend repented of his violence years later and told Rabasa why he embraced it in the first place, saying, “Well, I was a very young man, I was bored in this small village, and it was a chance to see the world.”