Scarlet Hope: Loving Strippers Where They Are

Hundreds of women have left the sex industry in Louisville, Kentucky through the work of Scarlet Hope, a non-profit organization founded in 2008 by Rachelle Starr. Each week, Scarlet Hope’s women enter Louisville strip clubs to serve a home-cooked meal to dancers and spend time with them. Its mission is to share the hope and love of Jesus Christ with women in the adult entertainment industry — not to persuade them to leave it. However, this often happens when Scarlet Hope shares the gospel in one of the most taboo places for Christians to be. 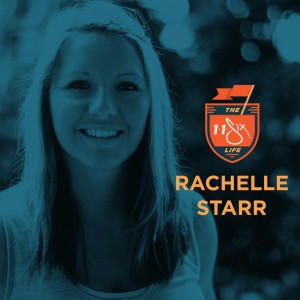 In most Louisville strip clubs, certain regulars receive a special welcome when they arrive. “The church ladies are here!” a stripper will often shout when – typically escorted by a DJ or bouncer – Scarlet Hope volunteers enter 18 Louisville strip clubs every Thursday night in pairs of two, carrying a home-cooked meal. They deliver more than dinner, though.

In this season of life, the young Christian just so happened to be in search for purpose. “Why was I put here on the earth?” Starr said. “And why did Jesus call me?”

Over the next year, Starr searched for ministries to join. As a pastor’s kid who grew up seeing her father regularly bring addicts to church, the concept of ministering to broken people was embedded in her. Around this time, she had also started to read the book “The Irresistible Revolution” by Shane Claiborne, who shared stories of evangelizing in uncomfortable contexts.

This all culminated one May morning in 2007. On her way to work, Starr’s burden for women in the sex industry that had been building every time she passed that sex shop peaked. “I knew at that moment that God was telling me, ‘Those women need someone to go in there and tell them about Jesus. That person is you,'” Starr said.

Over a year of prayer followed about what exactly this should look like. Much of this prayer happened as Starr stood with a group in a strip club parking lot or across the street. Then in August of 2008, Starr and three friends each paid $10 to enter a local strip club. Her husband Josh parked across the street at a Wendy’s to pray until they returned.

Inside the club, Rachelle quickly started a conversation with the bartender, who asked them why they were there. “We’re here because Jesus sent us here to do something kind and loving to the women in this club,” Starr said. “Can I bring a meal in?” The bartender’s face became puzzled. “No,” she chuckled.

This stumped Starr. Over the next hour, she chatted with her friends and prayed for a miracle because she had no idea how to orchestrate a meal. But out of nowhere, Starr felt the urge to introduce herself and her mission to a random man — one out of the dozens who filled the club.

“My name is Rachelle,” she said. “I’m here because God has sent me here to do something kind and loving for the women in this club. Can I bring a home cooked meal in?” The random man’s jaw dropped. It was the club’s owner. “What’s the catch?” he said. Starr promised no catch existed.

And at some point in the hour-and-45-minute conversation that ensued, the owner offered to let them serve a meal at his club every week. This birthed Scarlet Hope, the vehicle through which Starr would execute her mission.

Naturally, the bartender who starred in their first visit to the strip club was not the last person to ask them why they were present. After all, conservatively-dressed women who attend strip clubs to serve food and build relationships are oddities. 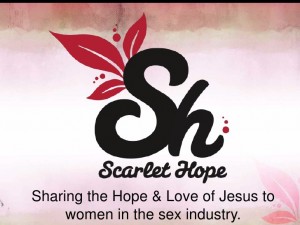 “The number one question that dancers who have never met us ask is, ‘Why do you guys come in here?!’ usually with a slight look of horror on their faces,” Starr said. “What they know of God and all that they know of the sex industry just don’t go together. Why would we, ‘church ladies,’ as they call us, go into such a dark and dirty place?”

A stripper, who Starr referred to as Sarah, asked her this question one night as Starr served her a plate of spaghetti. “I go into the clubs because I love Jesus and he loves me,” Starr said. “I’m in your club tonight because I believe that Jesus wants me to tell others — people who may not know — that he loves them more than they could ever imagine!”

As they sat at the bar in conversation, Sarah opened up about her past of drug addiction, incarceration and sexual abuse. Starr invited her to grab coffee some time when she was off work, and they exchanged numbers. Their conversation ended minutes later when a customer came in, and Starr left not knowing if she would ever see Sarah again.

The next day, Starr received a call from Sarah. “I can’t explain it,” Sarah said, “but I saw Jesus in you last night, so this morning I called my manager and I quit. I don’t know what’s going to happen, but I know I want to know more about Jesus. Can we meet up for that coffee date you mentioned?”

Hundreds of women like Sarah have become Christians and quit their jobs because Scarlet Hope shared the gospel of Jesus Christ with them. This is a conflict of interest for strip club owners, but most allow it because Scarlet Hope makes no effort to convince anyone to quit.

“Our goal is not to get the women to leave,” Starr said. “Our goal is to minister to the hearts and lives of women and share the gospel with them. When Jesus changes their hearts, that’s when the women are coming out of the industry.” 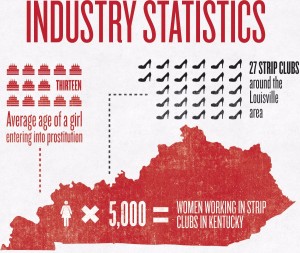 In spite of this, five owners have kicked Scarlet Hope out of their strip clubs to protect their business. Of course, four of them ultimately asked the organization to come back, one telling a Scarlet Hope employee that his dancers missed them. Another who banned Scarlet Hope raved about it in the process.

“I have never kicked out someone who I wanted here more,” an owner told Starr two years ago as he ordered her out of his club. “I know that you’re doing God’s work, but at the end of the day, I have to put food in my kid’s mouth. When these women are coming to know God and they’re leaving, I can’t do that.”

Months later, though, he offered to let Starr return to his club quarterly, which brings the count of strip clubs that Scarlet Hope serves to 19.

When Starr initially told people that she felt called by God to minister to women in the sex industry, many looked at her like she had lost her mind. One churchgoer asked why she needed to visit strip clubs when the sign to their church sat right outside — if dancers wanted to come, they knew where to find it.

Starr disagrees with this approach. “We knew that in order for these women to hear the gospel, we had to go to them,” she said. “The church sometimes has a tendency to give off a message that first people must ‘clean up their acts’ and then they’re ready to come to the Lord. But of course, this is actually the opposite of the message of the gospel. The gospel meets us right where we are, in the midst of our sin and calls us to our loving Savior.”

To learn more about this ministry please visit www.scarlethope.org.